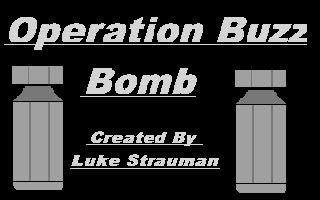 Initial impressions: The first level is nicely done and with the black ceilings and changed graphics is a nice introduction to the mod. The level is a reworking of the original E1L1 but is different enough to show some creativity, including some additional outside areas.
The new guards all work well, except for a the grey 'BJ-looking' officer that is always facing you and moves reminiscently like the Mac guards.
There has been complaints over the years that this mod looks a lot like Nate Smith's banned 'Beyond Wolfenstein 2 SE', and there are some similarities, but there's more than enough to make this stand out as it's own mod.

Gameplay: The gameplay is well engineered with plenty of guards of varying strengths spread throughout. The black SS are particularly dangerous and can take quite a few shots to take down, their firepower is very damaging also making them a formidable foe, especially in groups.

Mapping: The mapping is fairly well done on most levels, especially for the year it was released, but unfortunately Luke has made several floorcode errors in his maps, this doesn't affect the mod in a major way but is just a bit sloppy and can cause some minor sound issues at times.
The maps aren't overly large but have enough challenges and scenarios in each to make the game a good play and have enough secret areas to keep the player in good health and well stocked with ammo and treasure. the outside areas seem to be more dangerous than the inside ones.

Likes: The increased ammo count is a good decision and becomes more and more necessary as you play through the levels although the extra 15% you get on your health doesn't really seem to make that much difference.
The varying guard difficulties, this makes you think before just bursting into every room blazing, especially if the black SS is in there. This style of enemy balancing is a great way to make your mod a bit more challenging and to make the player tread a bit more carefully when playing it. The changing of some Bosses to enemies has been done very well and works effectively also.

Dislikes: The Secret level is nothing more than a small Boss challenge, but at least you get the chaingun, so it's worth playing solely enough for that, I guess I'm just more of making a secret level something special and different to the other levels.
You can pick up extra health and sprites past your maximums that don't add to your tally, effectively wasting some of your pickups, this should have been fixed up in the coding stage.
The treasure ratios are never right at the end of the levels, you can find everything on the level and consistantly not get 100%. I suspect this is a coding thing related to other things counting in the percentage but I don't know how to fix it, it's a shame Luke didn't either! 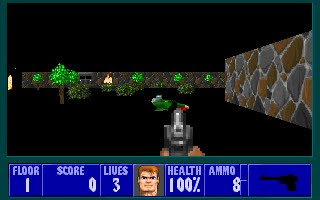 Wrap-up: All up this a nice challenging older style mod that has been done fairly well. It has some basic errors but for being a 1999 release this is a great first up mod for Luke. There are some good features here and this sets up well some of Luke's better mods that he was to release in the years preceding this. Well worth a play if you are looking for an older mod to play to help fill in an hour or so.