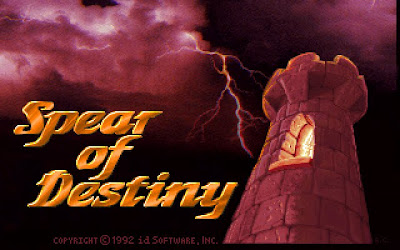 The follow up to 2011's DHW SDL Mapset has now been released, this time around Spear of Destiny gets the DieHard Wolfers mapping SDL makeover.
This is a 21 Level remake and contains levels by most of the people involved in the earlier set including a couple of others. People involved in the set are RonWolf, Thomas, AReyeP, MegaByte, Hellblazer, IPank7000 and Myself with Andy_Nonymous again doing organizing duties. 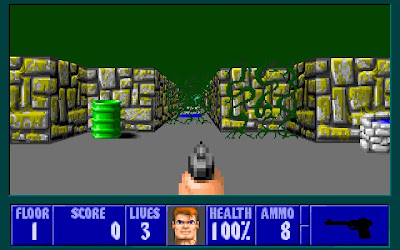 This is a great looking set of levels, from what I've played so far, which I feel most people will enjoy. I made Levels 4, 5 & 12 and really tried to make them as fun and chellenging as possible while maintaing the original Spear of Destiny look, feel and playability.

The set can be downloaded from HERE. (Note: It does require that you supply some of your own Spear of Destiny game files though, you need to provide the VGA, audio and vswap files.)