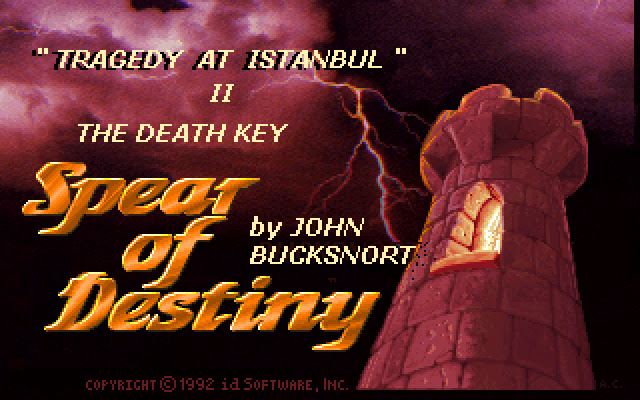 Initial impressions: This 2nd installment in the Tragedy At Istanbul series is much of the same as the first installment. The opening level starts off quite strongly with the player needing to fight to survive immediately but after that the rest of the level is a very simple room after room fight with just too much health and ammo lying around. The keys are hidden again, which becomes a little annoying in this with lots of rooms that the player must retreat back to search through once the locked door is found. Most rooms have the same 2x brown guards, 1x blue SS guard setup with an ammo box and a 25 health item.
The only differing thing in the level is the inclusion of a maze which pretty much serves no purpose. It's fairly easy to navigate, especially if you do what I do and stick to the left wall. Some minor nick picking is that you can gain both larger guns plus an extra life and additional health and ammo straight after the starting room, I just feel the player should work a little harder at the start of a mod to build up to full ammo and extra lives. 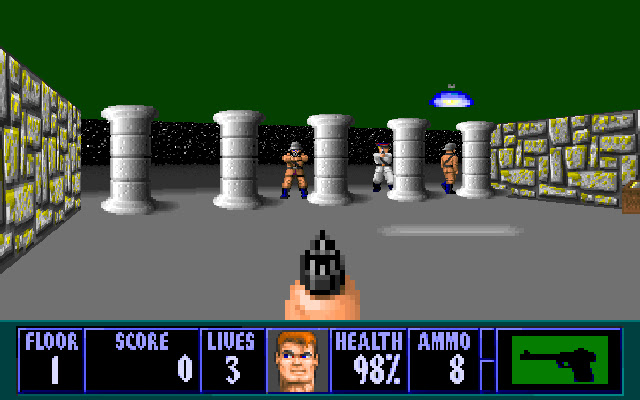 Gameplay: The gameplay is average to good in this release. This is definitely one of the mods that John used as a bit of an idea of things to come with some really great usage of Mutants in a challenging and damaging way. Level 2 is nice and heavy with mutants and a nice change up from the highly predictable Level 1. Level 3 is a frustrating exercise with a large part of the map being a maze filled with silent mutants, thankfully most of the maze is on the same floor code meaning you can shoot one, get yourself in a good spot, then just wait for most of the rest of them to come to you.

Mapping: I'll say this up front, I HATE level 3. It's one massive big maze full of mutants, and the worst part is you need to search it all for secrets to find the damn key to get out of it. I NEVER normally recommend anyone to do this, but I'd suggest looking at this level in an editor first to find the hidden key's location or you find you'll get awfully damn frustrated searching the entire thing looking for it. You'll find some crowns as there a fair few hidden throughout but you'll sure find a heap of mutants as well! There's also plenty of Health and Ammo placed throughout but there is also 3 Bosses, so I suggest you only top up your health and ammo when you can get the full benefit from them, and remember where you need to come back to get more. If you kill one of the Bosses then you'll get the gold key meaning you don't need to keep searching the whole maze to find the gold key placed within so you'll then be able to finish the level, unless you are going for 100% of everything like me, then it can take you a whole lot longer, like me.... Finally, save often, stick to the left wall and reload if you need to! 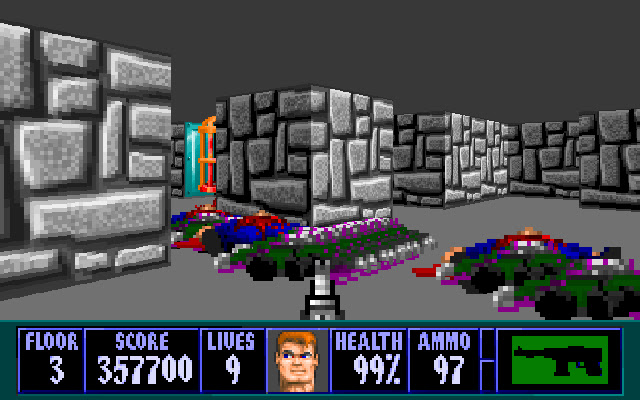 Likes: The use of the mutants in Level makes for a great challenge and really wets your appetite for whats to come in Johns Mutantstein series. The mod certainly has some Bucksnort originality to it and although not his best work, isn't terrible either.

Dislikes: The maze on level 3 is just a shit, I really didn't like it and just can't see it's practicality at all. There's an excessive number of Bosses in this also, I just don't see the need for so many on the 2 levels they are used. Although there is a brief story for this the mapping and levels do nothing to convey what the story of the mod is supposed to be about.
Outside of Level 2, any experienced Wolfer wouldn't be very challenged by this. Level 1 is just room after room of the same, Level 2 is a big maze that is mostly on the same floor code so it's easy to wait for all the mutants to come to you plus killing the Bosses is easy once you have no one else lurking about.
I know John  likes to hide his keys and you start to get used to it as you play through his mods but in this he also makes the player have to find secrets to continue onwards through the level as well. I just feel that there should always be an open path from start to finish, needing keys, without the need to HAVE to search for secrets in order to complete the level. 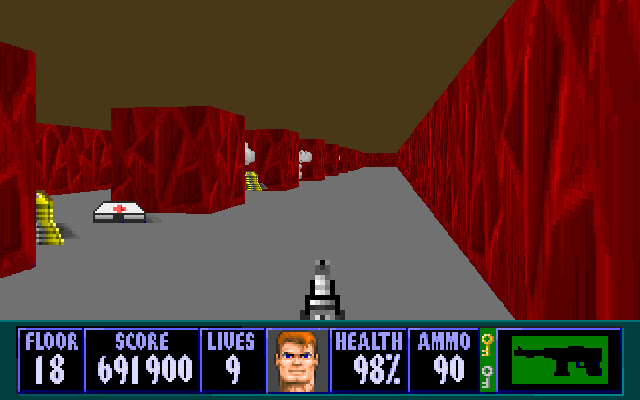 Wrap-up: Not John's best and really an unnecessary sequel. There's some decent play and a few challenges but you won't be playing John's best work by playing this. Worth playing if you are working through all of his releases but I'd suggest trying Part 1 if you only had 1 choice.

Disclaimer: All reviews are only my opinion when playing the mod and are not intended to discredit anyone or the hard work they have put into creating their mod.
Posted by Dean at 12:16 pm