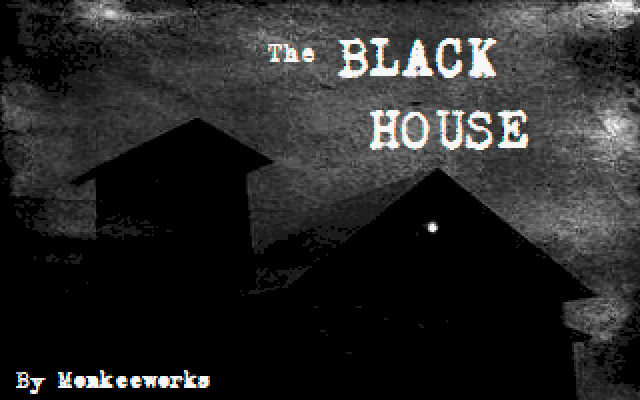 Initial impressions: This is intended as a survivalist Horror themed mod and from the first glimpse you get inside 'The Black House' that's exactly what appears to be what you are in the middle of. The music is ominous, the ambient sounds are made up of creaking doors and screams and it all sets the mood very nicely.
The walls looks to be modified versions of Blood walls, similar to those used in MM's earlier release Halls of Stonehenge, but look clearer and sharper then they did in HoS. There are great use of ceiling lights, pictures, furniture, spiderwebs and other 'scary' house types of things also.
The player starts with a gun, but with little ammo, and is advised via the BH manual to conserve ammo as it will be required later on... There are an interesting mixture of enemies, some we have met in other MM releases in different guises, but initially from the look and feel of the game the player is met with a whole lot of "What is going on here?". 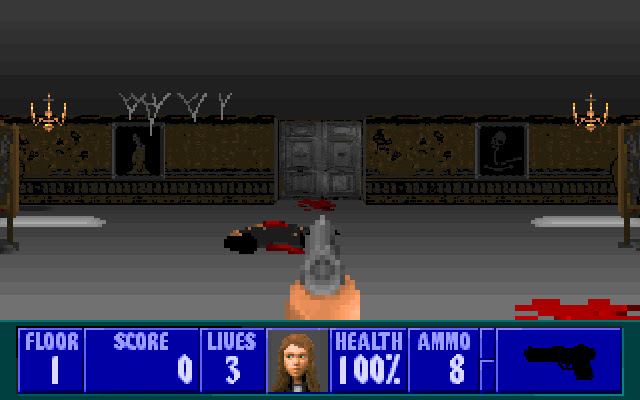 Gameplay: The gameplay is well, methodical I guess. The player is required to search from room to room, accumulating ammo and wiping out any thing else evil looking as you go along. You meet the main baddie somewhere early on and are basically spend the rest of the time trying to avoid him hoping to find some type of weapon that may assist you in defeating him. The mod is one where you can basically proceed at your own pace but there are a lot of areas that you must traverse to continue onwards with.
It is different as you must not always just blast away but you need to be more strategic, especially as your ammo levels will ultimately decide your fate. I still feel like I may not have experienced everything and that there was more I should of seen or done but especially done in a more clever and obvious way.

Mapping: The mapping is fairly straight forward but suits the 'house' theme perfectly. It gives you plenty of places to run away to as well as obvious central areas where you start to get an idea something may be lurking. There are a few secrets, for which the player is nicely rewarded, and the mod is very well decorated, making the mod fully envelope into it's theme but also making each area detailed and more rich, even the ones just are just meant to pass through.
With any mod with so few levels I always find myself asking if the mod could of functioned better/the same/less with more levels and I feel that although this didn't need them, it could certainly have used the additional scope and chance to tell an even grander story. I would think no more than 5 (maybe 4 plus 1 secret) would have still worked just as well and given the player more chance to enjoy the hard work that has been put into creating the mod. 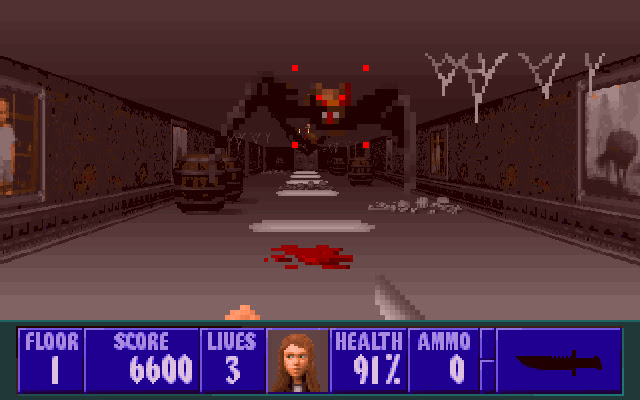 Likes: MM again uses a female as his lead character, again a refreshing change from all the Male dominated leads in almost every other mod ever released.
There's no denying that Majik has been a pioneer in Wolf 3d with a lot of his mods and does things not seen before. You'll not see just a random collection of sprites thrown together for no reason here. There is evidence of deep thought and usually a very deep involved storyline to accompany the mod which helps fully immerse the player into the mod and gives you a reason to play the mod, not just for your own enjoyment. You almost feel like you are letting the maker (and the character in the mod) down if you don't help them find their way to safety!

Dislikes: Well I know it goes against design of the mod, but I would of liked the mod to have been longer then 1 level as for a lot of it there isn't just much going on. Sure, you are exploring and there is certainly some trial and error as to the best way to navigate the level. While this isn't necessarily something i disliked in the mod, it's more of a wish, especially when so much effort has been put in to create a fully immersive environment and storyline to have it all be over after only 1 level. 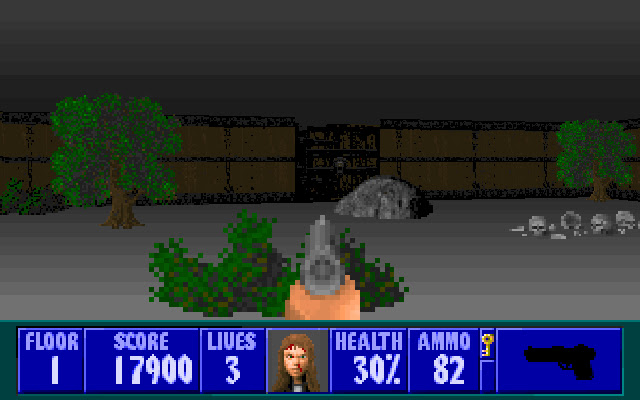 Ratings
Dean's Score: 6.5/10
Difficulty: A lot of the level is very easy but the Boss is extremely difficult.

Wrap-up: This is another creative effort from MM and one that, although is only 1 level is well worth playing. It's hard to review this mod without discussing some of the main parts of it or the ending but I don't wish to give away any spoilers or risk affecting anyone else's enjoyment of the mod. All I can suggest is to play it yourself and find out what happens!

Disclaimer: All reviews are only my opinion when playing the mod and are not intended to discredit anyone or the hard work they have put into creating their mod.
Posted by Dean at 9:59 am