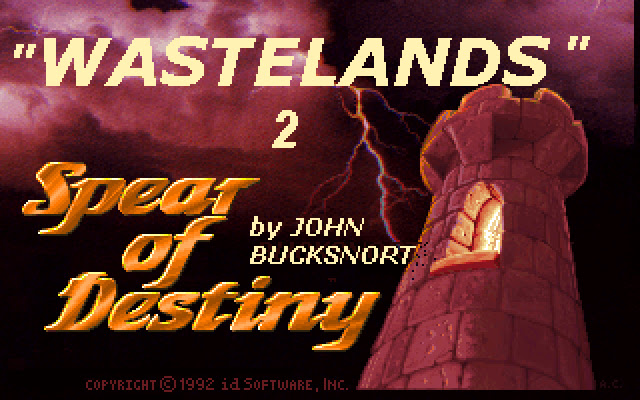 Initial impressions: An interesting first level from John with the need for the player to activate a few pushwalls to be able to proceed. This is a decent start to the mod and the guard placements are well done. John has improved his floor code usage from earlier mods where half a level was on the same floorcode so that battles with enemies are more evenly spaced out throughout the mod. The Sound changes are quite good, especially the pushwall and gun firing sounds which sound crisp and sharp and along with John's previous addition of Walls from DooM and the Lost Episodes makes for a more individual experience. 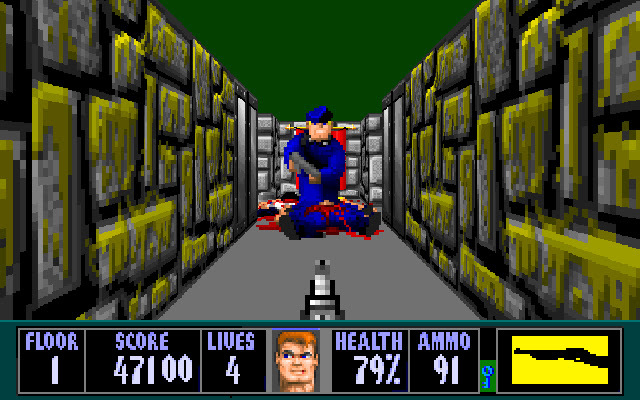 Gameplay: John has really worked on guard placement in this mod as having played so many of His mods this year you start to get used to his placement styles. Things are different here where I found I got myself caught out several times by guards placed in locations I wouldn't have expected. This made for a better playing experience for me and made me more wary when playing through the mod. There are some areas with massive numbers of guards but they are more fairly spaced out throughout the mod than in previous mods. The look and feel of the mod is probably John's best to date and is much more aesthetically pleasing than John's earlier releases. There are consistent challenging battles, but this wouldn't be a Bucksnort mod without those types of challenges. I remember trying this mod several years ago without being too familiar with John's style of play and finding it extremely difficult. It's good to play a mod where you are constantly challenged and don't just walk around on constant full health and ammo easily dispatching of any and all guards.

Mapping: Thankfully John has used all new levels in Part 2 and the mod is much better for it. John's levels have really developed with a continual move away from his excessively mazey levels and his 'fire one shot and wait for everyone to come to you' type levels. There is clever use of floor codes, Secrets are kept to a minimum but are used effectively, and John has started to get a better balance of Ammo and Health levels into this mod than others where you either had way to few or way too much. There is still an ample use of crows as the dominant treasure item (I passed the 1,000,000 points mark on the 5th level), but at least John has kept the large amount of hidden treasure cache's to a minimum here. 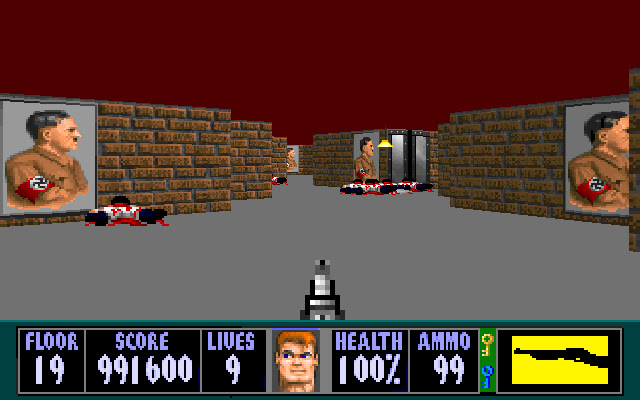 Likes: This has clearly the best secret level I've played in a Bucksnort mod and one that really embodied the essence of what a secret level should be all about. It is a little ridiculous with 32 secrets in it but it's nice to see something totally out of the box from John, well, I assume John made it as it's not credited to anyone else like his mods usually list.
The new sounds work quite well and I think suit this type of mod quite well, I wouldn't suggest that anyone just added them in any random mod but they do work quite well here.


Dislikes: The Angel of Death level was fairly small and seemed like a 5 minute mapping exercise rather than the culmination of a epic battle. A little disappointing end to a really good mod. 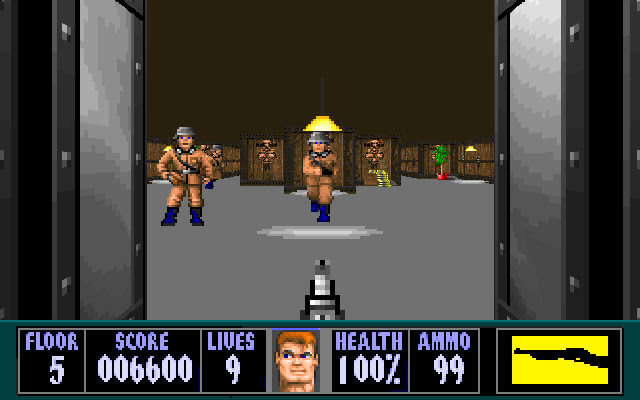 Wrap-up: Clearly one of Johns best mods with clever mapping and a real mix up of level styles. This is the one mod of Johns that I would have really liked to have been a bit longer.

Disclaimer: All reviews are only my opinion when playing the mod and are not intended to discredit anyone or the hard work they have put into creating their mod.
Posted by Dean at 1:17 pm