I thought it might be time for a bit of a news update as it's been a while. There's a few different sections here with some information that is going on around the Community at the moment.

I have been working with Tricob to convert my mod 'Escape from Castle Holle' to a more modern SDL version! It is coming along nicely so far and will feature some improvements from the Dos version as well as some enhancements that SDL provides. It won't be up to the level of WSJ's incredible reboot of Castle Totenkopf but the SDL update will mean that more people will be able to play it on modern systems plus It gives me the chance to go back and fix some things, as well as add a few things I left out due to space restrictions.
I'm going over all the levels again to fix some minor things as well as to add some additional sprites and guards that I wanted to in the Dos version but was restricted by size. Thankfully, SDL gives one the ability to do things like this.
I have received some feedback from people over the years about the mod and will review all that to see if I can implement any suggestions to help make the mod more 'player friendly' or to fix up some minor things I missed that others found.

I won't release the full details just yet but there are few Bonus things planned for the SDL release also. :)

AReyeP has posted on his site that he is currently working on an official SDL version of his 'Spear Resurrection' mod. Not only is the mod being converted, but AReyeP has announced that he is making an entirely new set of maps for the mod as well!
Being one of the most loved Wolf mods of all time this seminal work will soon be able to be enjoyed by for many more years, well into the days when young people start asking 'Dad, what's Dos?'.

You can read AReyeP's update concerning the release HERE.

After the popular DHW SDL mapset that was released early in 2011, discussions have commenced about producing a Spear of Destiny SDL mapset by most of the same mappers involved in the Wolf 3d version. With a lot less maps in Spear this will mean that the 21 maps should be made a bit quicker and will probably be released by the end of 2011. I'll be involved again making some levels.

On a personal note, I am currently in the process of remaking my 4 maps that appeared in the Wolf 3d version. 2 levels I used were recycled maps from my EFCH set and the other 2 weren't up to standard of the other mappers original maps. I have so far completed one map and am nearing completion of a second. This will see a re-release soon, that will also include updated files to the latest 4SDL version also. 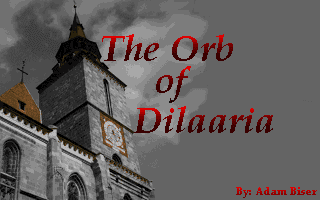 There have been some very good releases over the last few months. here's a quick run down and some links of one's I suggest having a look at;

Orb Of Dilaaria - Adam has released a new version that has the DosBox executable built in. This makes the mod playable on most modern Windows based PC's much like an SDL mod would be.
* Link updated to latest version (V1.04)
Unsung - Nembo's excellent, Dome Award winning mod, was released during April and in my opinion is the best release this year to date. Combining some fantastic graphics and an original feel it is a mod that is well worth having a play of.
DeathTrigger - M2's recent release also won a Dome Award and contained some fantastic new coding features not seen in other mods like moving vehicles, mounted guns and the ability for the player to look up and down.
Wolfenstein Sextilogy 3 SDL - Executor has released the 3rd part of his Wolfenstein Sextilogy set in grand fashion by releasing updated versions of all 3 parts in new glorious 4SDL style.
The Spear - Penguindog55's prequel to his first mod 'End of the Third Reich'.

I've had a fair bit of a play around with it and found it to be a very user friendly and handy tool. The features I particularly liked was the zoom feature and the ability to flip/rotate particular selected parts of a map.

With further updates to come this is definitely something I'll be using for mapping and mod making for future projects.

- I have switched on the mobile phone version so that things will look better for anyone that may want to read my blog on their mobile, I'm sure there's thousands of people now screaming 'Thank you, finally!' well anyway, it's there.
- There will be more of each of the type of posts coming soon that I've been doing this year, including; Wolfer Q&A's, Mod reviews, Features and update posts like this.
- I'm starting a new job soon which may restrict my time that I can spend on the blog but it will by no means be that I'll stop posting. I usually write the posts days and sometimes weeks in advance so the Wednesday posting should be able to continue.
- I do actually have plans for the blog that I think will help make things a lot more interesting but I will release details of this in the coming months.
- If anyone has any suggestions of anything they'd like to see on the blog please send me an email and I'll see what I can do

I'd just like to thank everyone for reading my blog. I regularly get over 1,000 visits per Month which means that readers must be finding some of my posts interesting. I'll continue to do my best to keep posting interesting information and updates for, and about, the Wolfenstein Community.
Posted by Dean at 11:06 am