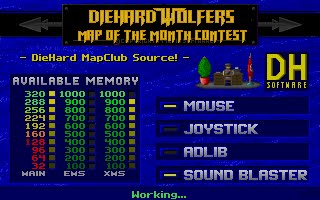 Initial impressions: This is a nice looking set but the (again) lower number of participants shows that the novelty of the mapsets had started to drop off. The maps are again of a large size but this doesn't necessarily mean that the map quality is of any better than smaller ones.
The new status bar is nicely designed but of most interest is the new 'power' bar which controls how much the player can run, the more the player runs the lower the 'bar' goes. This isn't a bad idea and it's always nice to see new features added to Wolf mods but I (frustratingly) found my self often having to stand still in an empty area waiting for this to fill back up again, For me, by the end of the mod, it had become more of an annoyance than an exciting new feature. 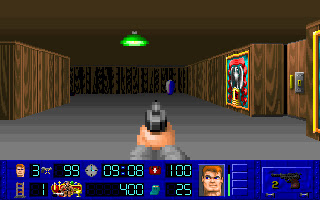 Gameplay: The gameplay is again fairly fast paced through most, although the new bar  speed feature can help lower things a little as you find you are progressing slower through the levels. The map design and scenarios are as plentiful as other months releases but the small number of maps however made for a less enjoyable experience as I was really just starting to get used to things when I ran out of levels.

Mapping: The mapping in this is of a varying scale again although because of the smaller number of maps, even the average ones seemed to stand out. AReyeP's map was again at his usual high level as was RonWolf's. Thomas and Serpens again contribute admirable, and for the most part, enjoyable maps. A couple of the maps seemed a little cliched and, in my opinion, were unnecessarily larger than needed to be. I feel it's often better to make a smaller map where most rooms are there for a purpose than to make larger maps with whole areas that can be avoided as they are simply there to help increase the map size and potentially seem that the map has more substance than it does. 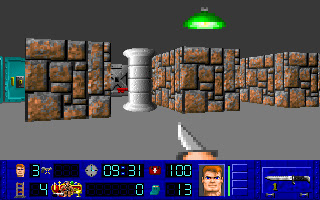 Likes: The new status bar is very nicely done, especially the fact that it changes all dimensions of the original one and with most features now in a different location. This shows how well the change can be done and how refreshing a statusbar can look. Although I like the new speed bar feature I feel it could have been coded with a little more health before the decrease starts to affect the players speed.

Dislikes: It's fairly obvious that the glamour of previous month's sets has started to wear off with the steady decrease in participants and voters as the months continue on. The Community has always seem times of increased and decreased popularity and these seemed to have continued into a lower period. 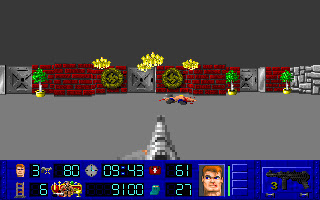 Wrap-up: Another fairly good set in the series with stand out maps from AReyeP and RonWolf. This set will give you a nice set of levels to play through and has a beautiful new status bar. Probably not the best in the series but still well worth playing and will provide a nice challenge for most players.

You can read mbender's review of the levels HERE.

Disclaimer: All reviews are only my opinion when playing the mod and are not intended to discredit anyone or the hard work they have put into creating their mod.
Posted by Dean at 2:49 pm