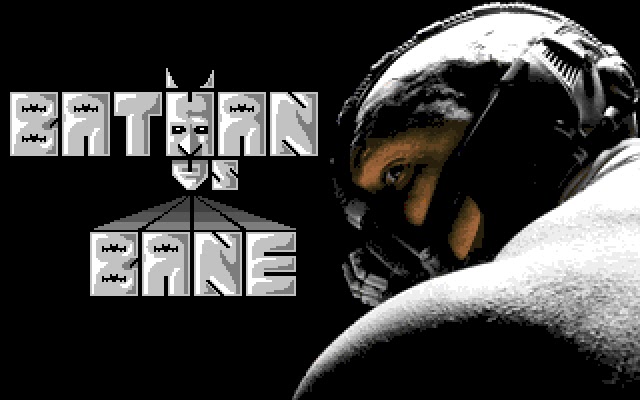 Initial impressions: This is a beautiful mod and has pretty much completely new artwork for every single thing in the game. The environments are rich with detail from the new sky (complete with bat symbol!) to the enemies, Bat related treasure items and weapons to the funny, clever and well drawn health items. I particularly like the new status bar which, if you look closely, is actually batman's utility belt! There's nothing here that hasn't been thought of which helps give the player a fully immersed feel to the mod and it's desired environment.
The gameplay is smooth, the new music and sound effects (including ambient sounds) fit in really well and the mapping is also really well done. 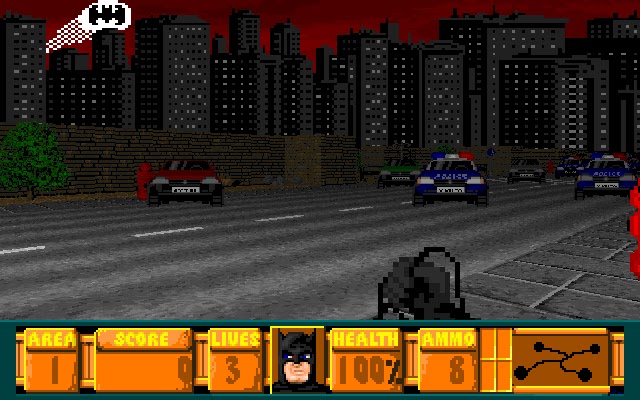 Gameplay: The game play is very good, there are often a lot of challenges with orange suited guys coming at you from all areas which keeps you on your toes. The guards have been so well done and given characteristics of their own that it's quite hard to accurately work out which guard replaced which from the original game! The levels are of a good size with plenty of ammo and health lying around, I especially like the vending machines and fridges that the player can get health from, adding even more realism to the mod.
The game play is a fair bit tougher than the original game as there are a large number of bosses in the mod, in fact most levels seem to have one in it. Most of them are recognisable Batman villains and I'm sure Batman fans will find plenty of nods to each of, the movies, comics and animated series as they play through.

Mapping: The mapping is outstanding with all 10 maps made by RonWolf who, in my opinion, is the best active mapper in the community at present. The maps are beautifully laid out, nicely decorated and are never dull, empty or repetitive. Each area is full of something new to look at and the attention to detail is as good as I've seen in any mod.
The levels change up considerably in style as there are many varied environments from city streets, to train stations, to the sewers and even an insane asylum! A lot of the secret areas have been cleverly done to look like the player is visiting hidden 'Bat caves' all over the city to stock up on health and ammo also. The use of textured floors and ceilings really gives the game a more realistic look and certainly adds to the feel of the environments the player finds themselves in.
The Secret level definitely has a feel different to the others and is easily the most complex level of the game. There is a Ghost replacement in it who is quite tough, and with no avoiding them, can be a real challenge that may take several goes to complete, to be able to finish the level. 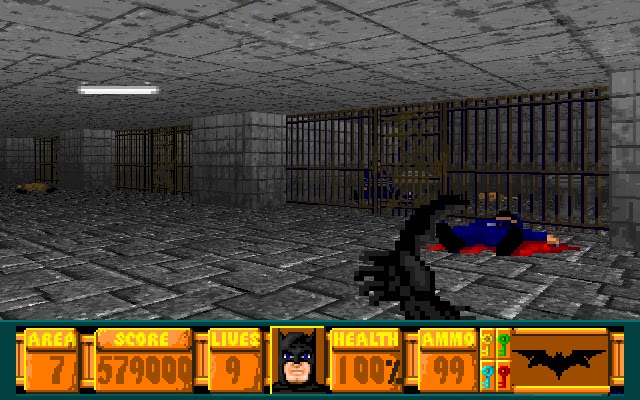 Likes: The artwork is just outstanding, especially DoomJedi's ability to make 64x64 versions of the Batman enemies. The new walls and sprites are fantastic and as is the new status bar.
The mapping is of extremely high quality. The maps of a good size but and include many challenging scenarios with nothing gone to waste. There are no wasted areas just to make the map a little bigger and each element in relation to each Boss has been well planned and works every well. The fact that the environments differ so much helps keep the mod fresh, although I would of liked to have seen some more of the 'frozen' areas. I think at 10 levels the mod works well, I think that too many modders try to add to many levels to mods sometimes with many just ending up repetitive or unnecessary, in this, every level serves a purpose.
I really enjoyed the music in this, although I was expecting to hear some music from either the Batman Movies or TV shows somewhere - maybe even the 60's TV show 'dunununununununu Batman!' theme.


Dislikes: There wasn't much I didn't like really. I felt the bandanna guard was underused but I guess he's only supposed to appear in certain environments. 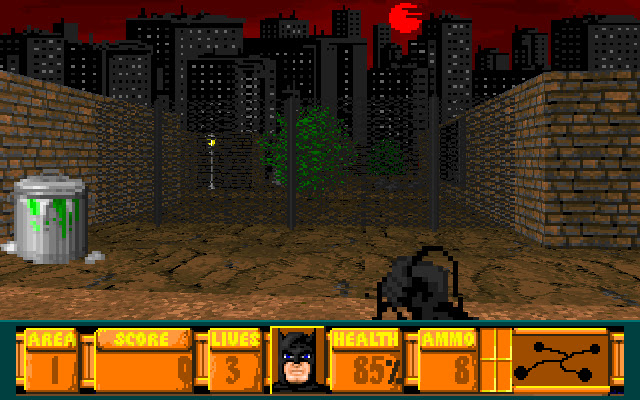 Wrap-up: With the attention to detail and Batman references you can see that this was a labour of love for the team as well as wanting to make a very good mod. Being released around the same time as the new Batman film, that has the same villain, should make this an attractive mod to people outside of the Community also looking for some more Batman adventures.
A really well put together mod with creative ideas, brilliant new artwork and mapping shows just how much Team Raycast have developed their ideas and mods and again points out just how much we all have missed out on by not getting to play their cancelled mod SonderKommando: Revolt! I really look forward to seeing what these guys come out with next.