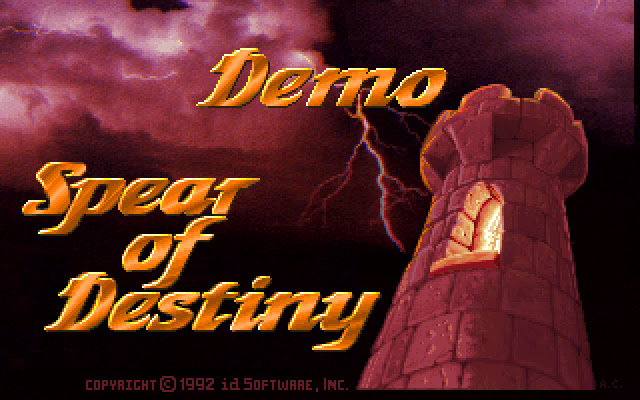 Initial impressions: This is another nice looking set from John which has been made from the Demo version of Spear of Destiny. There was no Shareware version of SoD like there was with Wolfenstein 3d, but instead a 2 level demo was released and it is this that John has used as the base for this mod. There are some further enhancements to John's individual sprites that he has added in his previous mods with additional and changes to lights and a few other things. With only 2 levels in the mod it makes it hard to tell a full story and while this has a fairly decent first level, the second level is one that should be forgotten about rather quickly, this unfortunately makes this one of John's less than stellar efforts. 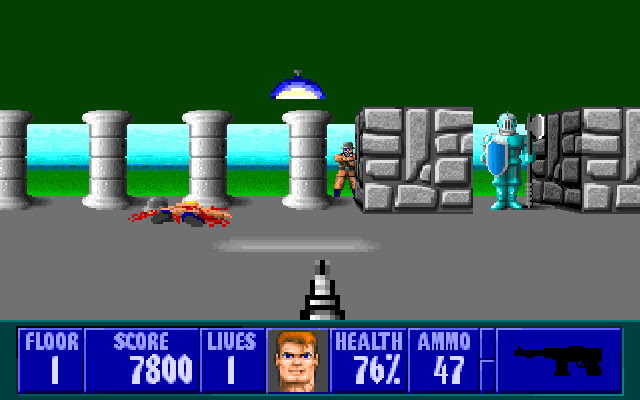 Gameplay: The gameplay is nicely paced as in John's other mods and keeps the playing thinking about what may be lurking about each corner and also what reaction may occur if random shots are fired in open areas. John predominately uses the SS and brown guard again as in previous sets and mixes nicely larger open rooms with some winding more cramped areasm except in level 2 where its all just long winding thin passageways.

Mapping: This is probably one of Johns poorer efforts when it comes to mapping. While John has still used his floor codes in multiple rooms to help create that element of surprise, there are actually several floor code errors on Level 1. I did look at these closely in a map editor to see if there was some type of trick I wasn't familiar with that John was trying to use but it does appear to me to be just a few unintentional mistakes more than anything.
I'm not a big fan of mixing too many wall types together in one space as John has done in a couple of places here (see the below screenshot), especially when one wall type only appears as it's showing through from an adjoining room, this comes off as a little sloppy for mine, but then again, I am a real stickler for aesthetics in mods and probably rate them highly than most.
Level 2 is one of the must frustrating levels I've ever played and to be honest one of the least enjoyable experiences I've had playing a level in a long time. While it has a Bucksnort look and somewhat of a feel it's just a huge winding annoying maze that serves little to no purpose other then to frustrate and annoy the player. The less said about it the better as far as I'm concerned, I just choose to look on it as an anomaly of bad map that each mapper releases at some stage in their career... 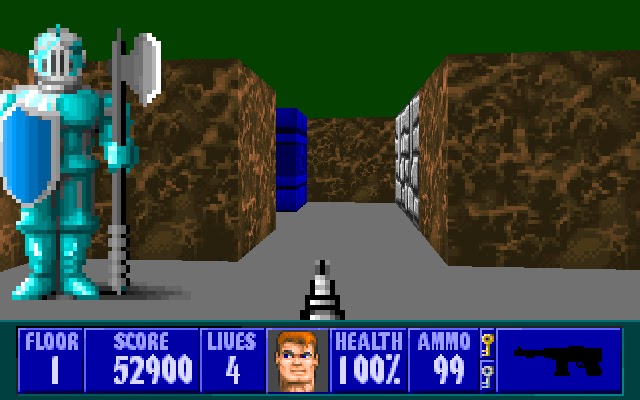 Likes: The graphical additions and changes again go towards enhancing the mod and give them a more individual appearance which is something that seems to be developing more and more as I play through John's mods. The first level is a nice challenge and it's nice to see someone utilise the Spear Demo set as it is very rarely used.

Dislikes: All keys are hidden again in secret areas making the player search for secrets whether they want to or not. Level 2 is basically just one big awful maze that just goes on and on and on. It also has hidden keys making the player search the massive maze, which just seems to take forever. I haven't played all of John's mods but I hope that this is his worst level so that there aren't repeated versions of this in any of the other mods. 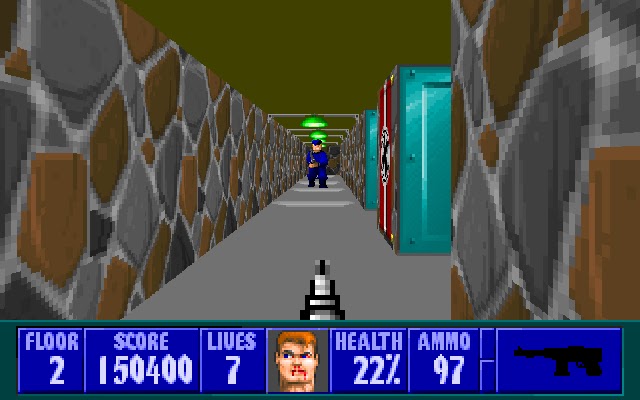 Wrap-up: Probably not of John's best releases, and at only 2 levels one that could be easily missed, especially because of the terrible 2nd level. However for those wanting to play through all of John's releases it's a nice quick mod to lead onwards towards better thing to come.

Disclaimer: All reviews are only my opinion when playing the mod and are not intended to discredit anyone or the hard work they have put into creating their mod.
Posted by Dean at 11:58 pm