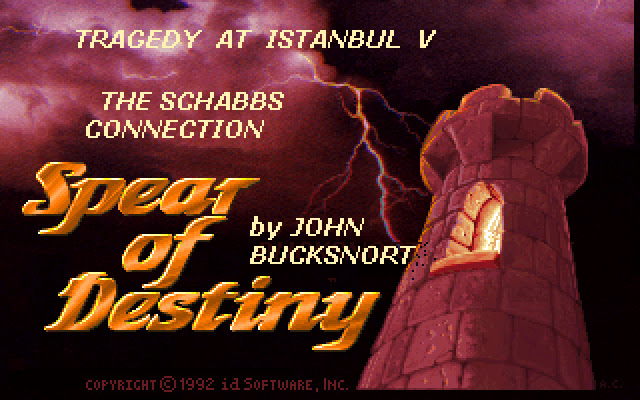 Initial impressions: It's very easy to see John's DOOM influence here with a large amount of the walls and graphics having been imported from there. Some of them walls and door fit quite well into Wolf; 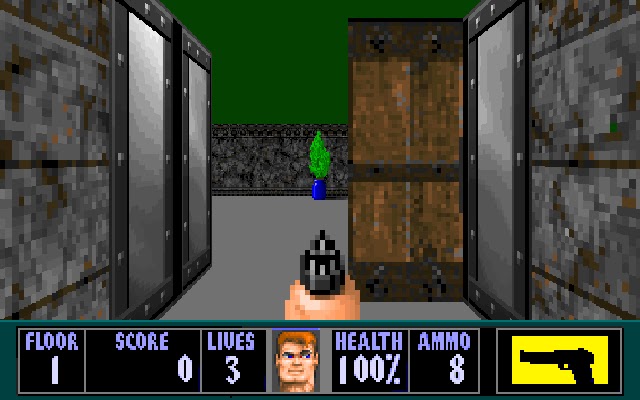 Where as some others really do clash with Wolf walls and just shouldn't be used together; 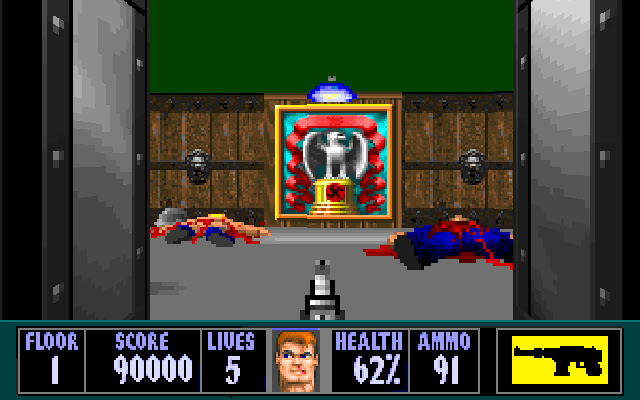 This has a nice array of Doom textures and sprites that have been (mostly) used well, including the Chaingun and 25 health item. This does give the mod an individual look for the time (although it's been done to death by a lot of modders since) and makes things look just a little darker and more sinister.

Gameplay: The gameplay is fast moving and quite well done in this mod with John again going with less mazey tight areas. Most rooms are a different shape and size and his room layouts have become less and less predictable with each mod he releases. John has never been one to fill the whole 64x64 mapping grid, and with the way he design his levels there's just no need. I see too many modern day maps that have used nearly the whole map with large portions of it there for little or no reason that just aren't important to the map.
John has incorporated different elements into his maps and continued to use more sprites in a constructive way than his earlier sets that were quite barren. John has also chosen well with his contributing mappers as their styles match quite well with John's and the both also understand John's style well to make maps that fit with the direction John takes his mods.

Mapping: John again has guest mappers with Harry Snr. making Level 2 and Schabbs (seems fitting) making the secret level. Both mappers levels fit fairly well with John's levels and without reading the 'Read1st' file you might not have even known.
The mapping is done in John's usual style with heavy amounts of guards and excessive amounts of crowns. I really don't have a problem with how much treasure a mapper uses in their levels but when the score clocks over the 1,000,000 point mark in the 5th level and the score counter goes back to 0 then for me it just looks a little untidy. Also there are a couple of areas where secret walls move under or over sprites as well which just makes things look a little strange and something I feel shouldn't be done if it can be helped. I think a player is going to notice this more than there being no light or sprite at all in the secret area.
Harry has used the Ghosts in a secret area in his level but with only one problem, they can't move! You can just run around them in circles with them posing no threat at all. Sure you get caught the first time but when you realise you aren't being followed it makes for more of a novelty that any type of threat. 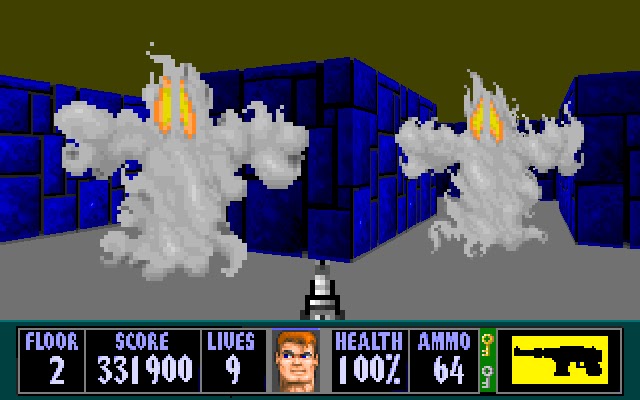 There's no denying that John does things his own way, with him breaking another of the 'unspoken' rules of mapping by placing a Boss in the very first room of a new level! If you start this level with little health or ammo, or a person who starts each level again with the bare minimums if you die then you are going to be in some trouble! The shot below is from the elevator door, at least you have some ammo, but the nearest cache of health is behind the Ubermutant in the next room, in a secret area, something you just don't have time to open and get while he is chasing you. I died a few times checking this out and really, unless you know he's there and become well prepared there's pretty much no chance of surviving this battle in the small area you are given to fight him in. Likes: The gameplay is fast paced as usual and you know you are always going to get a good challenge from one of John's mods. In most levels, although there is usually some ammo and health amount balancing issues, you will take damage, be surprised by some of John's better guard placements and get caught by a hidden guard (most likely SS) while going for what looks like, some safe treasure or health.
I did enjoy some of the tricks that Schabbs brings to the table with his mapping, especially the shot below where the player can fully see a key but is unable to get to it because of some sort of 'invisible type forcefield' blocking you. I got sucked in, as I'm sure most others would have! 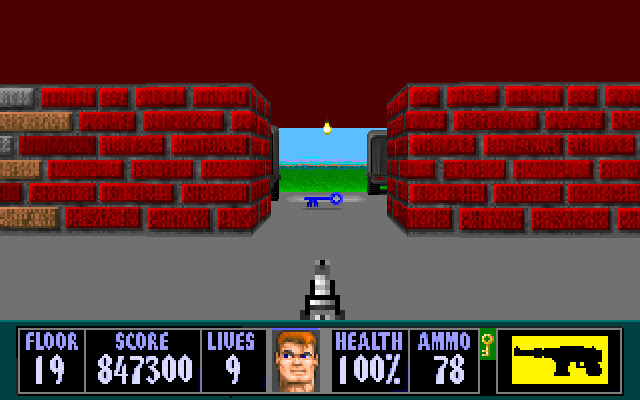 Dislikes: In some levels there is is just way to much ammo and health. Level 2 has such an abundance that there is basically one, or both, at almost every turn and along every few steps that one never has any worry or need to backtrack or search for ammo. The secret areas (all 10 in the level) are chock block full as is the main room leading to the Boss battle. With such a large amount laying around everywhere it really made the Boss challenge easy. You just stand yourself in front of health and ammo and start firing, if you get hit or start to run low just take a couple of steps back while still firing to top up, this makes for an VERY easy Boss battle.
While it's great John is adding new walls to change things up a bit, some of the Doom walls just don't fit with the Wolf 3d walls and should not have been used together.

Wrap-up: Another strong mod from John with good level design and challenging scenarios. This is another good part of the Istanbul series but again could have worked quite well as a stand alone mod.

Disclaimer: All reviews are only my opinion when playing the mod and are not intended to discredit anyone or the hard work they have put into creating their mod.
Posted by Dean at 9:52 am