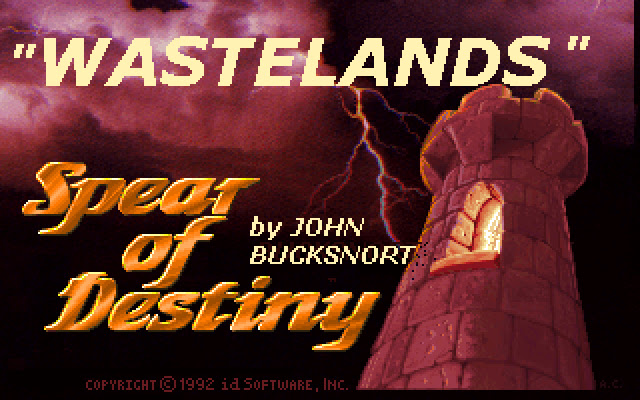 Initial impressions: The first level of the mod is quite good, the only problem is that it's also Level 2 of John's earlier release 'Tragedy at Istanbul V - The Schabb's Connection'! I understand that John does this from time to time but seeing His last mod was almost entirely made up of previously seen levels also this is a really disappointing start to the mod for me. There's no mapping changes to the level but at least there are some minor wall and sprite changes including a different ammo clip.
Level 2 is a really hard challenge with as many as 20 mixed guards coming at you straight off the bat. You do get some ammo boxes but no health until you have dispatched most of the numerous guards. Once you clear them out it's a fair bit more clear sailing after that. It's becoming clear that John's mods are steadily increasing in difficulty as I play through them. 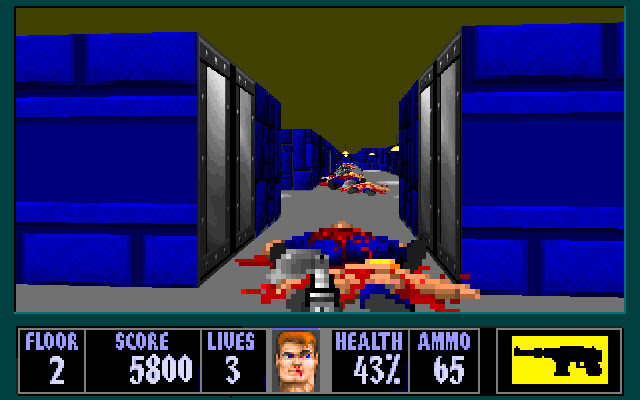 Gameplay: The gameplay is very challenging in this, especially as each level starts. The player is hit quite hard almost straight away each time but as long as you can get through the initial onslaught the rest of the guards are much easier picking and there's usually ample health and ammo to be found. One thing the player needs to not worry about is their ammo and health levels as you work through the levels, especially at the start of each level, as towards the end you'll realise that there's plenty, and only a little backtracking will usually see you progressing to next level with full health and ammo each time.

Mapping: Thankfully, John has dispensed with the usual maze level inclusion for this release, and I for one think the mod is much better for it. The levels are all of a good size, not too large and not to small, but with plenty of challenging scenarios and not too many superfluous rooms throughout as John has done before. The levels vary in design and look and form probably as nice a mix as I've seen in any of John's mods to date. While their are similarities in John's level design, this is indicative of most mappers that produce many maps, that a lot do have some similarities with reusing of themes and designs. Originality is always strives for but sometime tried and tested designs do work well and can be masterfully changed just enough each time to still get the same effect while not being a total replication of previous work. 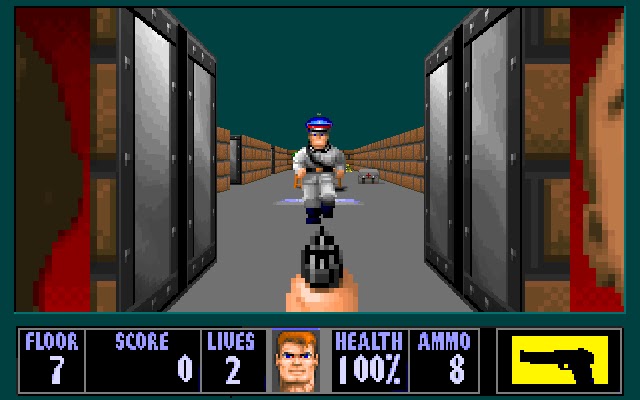 Likes: No maze level is a nice start, they are always the most difficult part of testing a mod, especially as I am a 100% of everything type of player as well, which I guess is as much as flaw in me as anyone! Being a pedantic perfectionist does have it's drawbacks sometimes. The mix of levels was nicely done in this but it's unusual for John to not include a secret level, even though he doesn't normally make them but has submissions from others such as Harry Snr. and Schabbs do them.
I noticed also that John has also cut down on the number of large treasure cache's (usually Crowns) in this mod, with only 3 appearing this time around. Their are again a large number of Bosses used in this but they do seem to have been used a little more creatively this time around and not all need to be killed to progress which is a bonus for the player who just wants to get through each level as quickly as they can.

Dislikes: Well, the obvious recycling of levels for starters. This mod was released a mere 9 days after John's previous mod 'A touch of Nazi' and to be honest, I would of preferred that John had delayed the release an extra day or 2 and made an original opening level rather then one we've seen before. 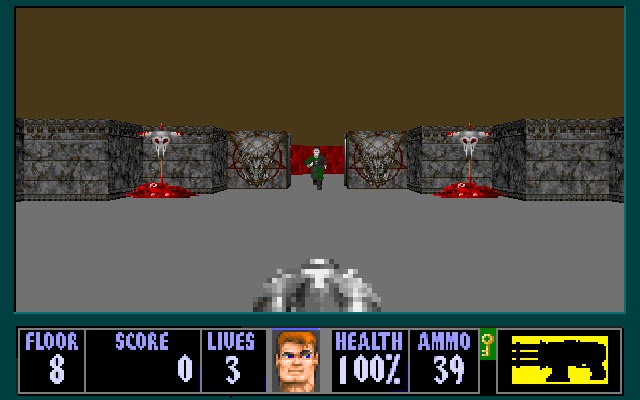 Ratings
Dean's Score: 8/10
Difficulty: As is usual for John, this is much harder then original SoD.
Best Level: 7
Worst Level: 1 - Not bad, but not original either!

Wrap-up: This is another solid effort that is slightly let down by the reusing of a previous level although it does seem to fit with the rest of the levels fairly well. This is certainly another sign of John steadily increasing his levels in difficulty and is a decent challenge to play through.


Where Can I get it?: You can download the mod HERE (Which includes both Dos and SDL versions) or by clicking on the screenshot at the top of this post.

Disclaimer: All reviews are only my opinion when playing the mod and are not intended to discredit anyone or the hard work they have put into creating their mod.
Posted by Dean at 2:30 pm