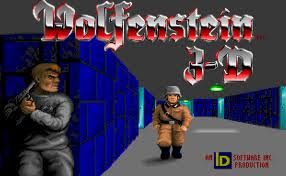 Initial impressions: A fairly standard shareware mapset. The layouts are fairly subpar compared to the original set. This isn't very challenging or as well laid out and decorated as the original set and many straight map sets that have come before it.

Gameplay: The game play is fairly average and not as challenging as the original. The levels are on the smallish side and there's really no cleverness to the design or layout to challenge the player.

Mapping: The mapping, despite the makers claims, isn't very challenging and the player shouldn't take a huge amount of damage throughout any of the levels. There are many completely empty rooms and many that just seem tacked on to help enlarge the map size.
The keys are easily located in all levels and if one was to do a speed run on the game you could probably have all 10 levels done in under 15 minutes.
The secret level is a joke and is simply just a combination of words with the same floor code. The Boss level is effectively one room, if you are going to make 10 new maps why not use more of the limits allowed to you rather than make very basic small maps?

Likes: The maker has had a go at making a good set and has done the best they can with the limited sprite set from the shareware version and their limited mapping ability. Some areas are nicely decorated and effort has been put into trying to make the maps challenging.

Dislikes: The mod isn't an improvement on the original set and there are many better mapsets of the original game out there that the player would get a better challenge and more enjoyment out of playing.
I'm not sure why the creator chose the shareware set when they could have just made a Episode 1 mapset from the full version and given themselves more to work with.

Wrap-up: A fairly average mapset of the original shareware version. I am happy to see that mappers are still having a go at making mapsets without using all the new coding features that are available today, but unfortunately this is a 'one play' only type of thing as the original set and many other original mapsets are a lot more challenging and entertaining to play.

Disclaimer: All reviews are only my opinion when playing the mod and are not intended to discredit anyone or the hard work they have put into creating their mod.
Posted by Dean at 9:42 am