6.25 is a mod of a completely different type than what you are used to and is like nothing you've ever played before. Sure, it looks like normal Wolf 3d, it does use the original set of walls, sprites and enemies, but there is something very different and brilliantly clever about the design of this mod. 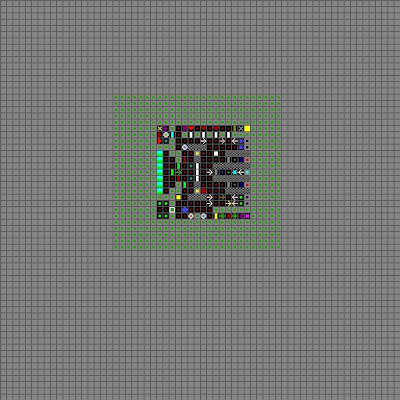 Yes, as you can see from the shot above, the entire mod is mapped only using a 16x16 grid. So what you say, I could do that, and quite quickly, and the maker did make it quickly, claiming that the 6 levels only took them less than 2 hours to make. So what makes this so good then? The simple answer is ack. When, in my opinion, the greatest ever Wolf 3d mapper sets his mind to make something and release it, you'd better believe it's got every single bit of mapping skill and experience that an educated mapper has learnt over years of honing his skill mapping for various projects. 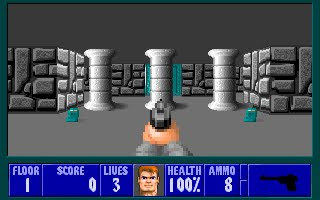 Who is this ack guy you ask? Well, if you've ever played any of Majik Monkee's mods, Adam Biser's brilliant Orb of Dilaaria or Episode 6 of the recent DHW SDL Mapset, then you've played some of ack's levels. Ever played acktung 1 or 2, Archives 1 or 2 or The Alliance of Powers, then you've played some ack's levels, and in a lot of these cases you probably didn't even realise that's the reason why you were enjoying yourself so much! 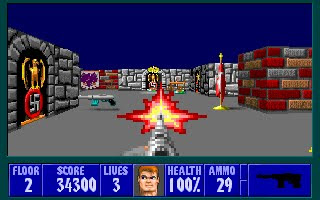 6.25 appeared randomly on the DHW forum one day in April 2006 and was described as an experimental set by it's maker. The levels were a replacement for 6 of the levels on Episode 4 of ack's release acktung!. The mod is tightly mapped, beautifully designed and very, very challenging. It is literally a thrill ride for the 15 minutes it will take you to get through the set and leave you desperately wanting more. There is little treasure, very few secrets and the player must be careful with their use of health and ammo but this all adds to the excitement. Somehow ack makes the levels play and look a lot bigger than they are utilising the limited space in many, varied clever ways through clever sprite placement and changing up of wall types. 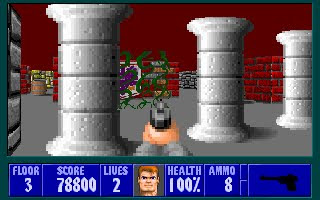 This is an outstanding set and one that a lot of people will never have played, let alone ever heard of, but I can highly recommend it if you have it in your archives. Sadly the set, or any of ack's posts, remain at DHW as at some stage over the last few years he chose to delete every post he ever made there. The other bad news though, is that I have been unable to find the mod listed anywhere publicly for download. EDIT: Andy has now uploaded the mod and provided a download link, thanks Andy!
If you still think you can make a mod as good as this using such a small grid, then I challenge you to try it, it's not as easy as it looks!

You can download the mod HERE. (Thanks to Andy_nonymous for providing the link! Twice!)

Look out for more parts of this 'Great mods you've (probably) never heard of' series coming in the future.
Posted by Dean at 9:34 am