For this feature I thought it might be interesting to take a look at some of the mods that were released as a Demo that we were all hoping would progress to a fully fledged release but unfortunately never got there. A demo is usually released as a sneak peek for players to have a look at the design layout and features of a forthcoming full mod. Some stay fairly similar to the final release while some are drastically different.

Here's a list of popular Demo's that I wished had been made into full mods;

Probably the most famous Demo and one that is still often discussed to this day. WoV was a 5 level demo that was made by Wolf Skevos-Jones and came out in July 2003. The Demo was very professional looking and had a very impressive list of special features that included 10 weapons, land mines, damaging fire sprites, ladders plus a whole lot more. WSJ has stated on a few occasions that coding problems were the main cause for this only being a demo and is the reason why he submitted a demo when he hadn't done so before. The legacy of this has been large with at least 4 unauthorised sequels being made and released by various people. Wolf has also mentioned that at some stage he may go back to working on WoV, perhaps with the advancements made to Wolf 3d modding with 4SDL we may still see a full version released one day. 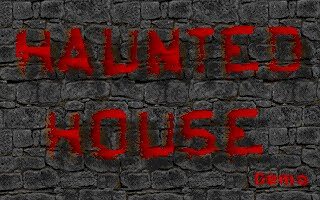 One of the most creative mods that never made it to a full release. Codetech and MegaByte, who are responsible for the outstanding 'Reloaded' series plus the Wolf/Doom clone Klooni, first mentioned working on this back in 2001 and issued a demo in May 2002 of 5 levels. The Demo contained some fantastic features such as reloading weapons, an inventory plus much more

Playing through the Demo, it showed itself to be extremely difficulty, supplying the player with almost no weapons or ammo where you were forced to kill rampaging zombies with just a knife. This made it extremely difficult progressing to even the 2nd level! There was many posts by both creators mid 2005 that development of the full version of HH had started up again, but a few months later updates stopped and there hasn't been much mention to this day publicly about the mod ever being worked on. CodeTech and MegaByte are still making mods so here's hoping that we just might still be surprised one day! 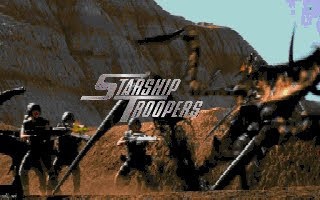 Starship Troopers was a Wolf 3d version of the popular movie of the same name made by 'The Alien fan' and released in October 2002. The Demo was only 1 level and wasn't packed with new features but did have completely new graphics. The mapping was rather poor but really gave the player the feeling of being attacked by a swarm of creatures much like in the movie.

The project was announced as being canceled in January 2003 when 'The Alien Fan' joined forces with another community member where they started work on another project.

Ok, so the mod isn't really much of a game but this for me was the closest level of gameplay to a movie that had been made as a Wolf mod so I guess that's why I liked it.

The Sorcerers Wrath was a Demo released in July 2001 by it's creator Luke Strauman. The mod was first announced a couple of months prior to the demo's release and had a long and varied history that saw the project stop and restarted many times. The mod was a magic based mod that had a long list of intended coding features such as Floor and ceiling tiles, shading, teleporting and resurrecting enemies.

According to Luke, the mod was still being worked on late into 2005 but it's creator and any further sign of the mod disappeared not long after that. Luke had released many good mods over his time in the community but had seemed to lose interest with modding around this time as this and 2 other mods remained either not released or released in an unfinished state.

The initial release of this isn't known but the demo has been passed around by community members for a while which has led to a bit of a cult following regarding it. This was an impressive Star Trek related mod that had obviously had some hard work done to it as nearly all the original games walls and sprites had been redone. The mod was to have a number of special features including Textured floors and ceilings, a new status bar (seen below), other collectible items and Armor. The demo was 1 level in length and showcased some amazing artisticly done walls and nice gameplay.

There is no real information listed on the mods creators or why the mod was abandoned but the demo was reposted on the Wolfenstein 3d Dome for download on 22/08/2009 and will go down as one of the most creative looking Demo's that never got developed into anything more.

ToS was a mod being developed by WLHack that started back in July 2005. The mod was to be a sequel to his first mod 'The False Spear' and was to take place between BJ escaping Castle Hollenhammer and before Operation Eisenfaust began and was to involve the search for Dr. Schabbs. The mod was to involve totally new guards, a large amount of newly drawn sprites, new music, a new statusbar, gun bobbing, textured floors and ceilings, weather effects and a fifth difficulty level. A blog was made to update the progress of the mod and a 3 level demo was released on 04/04/2007.

The demo was released to great acclaim and anticipations were high for the full version. Mid June 2007 WLHack announced that the mod was 7o% complete and would definitely be released that year, possibly in 2 parts - the main mod plus a missions pack. WLHack left the community for a while after this while doing National Service but returned and commenced work again on ToS again and towards the end of 2009 announced plans to convert it to 4SDL.

WLHack last posted on the ToS blog in mid 2010 that the mod was still being worked on. Since then though, WLHack has all but disappeared from the community leaving any full version of this left in limbo.

Thanks for reading this, I hope you got some enjoyment and found some interesting Demo's you might now have a go at playing. Here's hoping some of these still might find their way to a full release one day!

I just wanted to issue a big 'Thanks' to Brian Lowe from the Wolfenstein 3d Dome for all the links to his site and mod downloads I've been using. Brian's contributions to the Wolf 3d Community over the last 10+ years are a big part of why the Wolf 3d modding community is still alive today!
Posted by Dean at 10:29 am