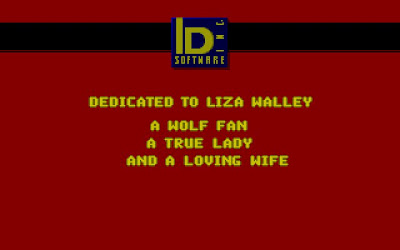 An updated version of the DHWSDL mapset has been released recently that contains 4 new maps made by myself for Episode 5. The mapset contains levels made by AreyeP, RonWolf, Thomas, Serpens & Ack, with Episode 5 also containing maps made by Arielus and Schabbs. 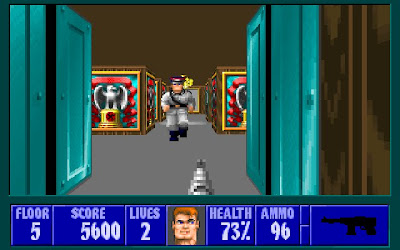 I decided to remake my levels for this after playing through the rest of the set and realising that my levels weren't up to scratch with what others had produced. The maps have taken some time but I am really proud of the quality of the new levels in this and I hope everyone enjoys them to. 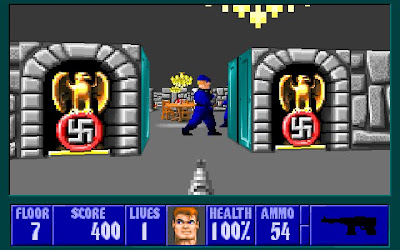 Andy_Nonymous has also included the latest SDL file updates in the rerelease as well as some other bug fixes recently discovered by various Community Members. The original release was awarded The Wolfenstein 3d Dome Award for January 2011. All of the screenshots that appear in this post are of the new levels included in the set. 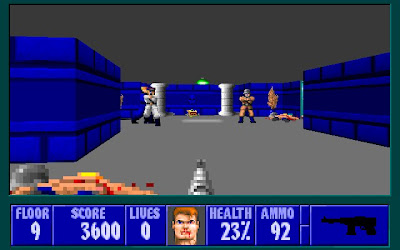 The updated version of the mapset can be downloaded either from HERE or by clicking on the title screen at the top of this post. The link section has also been updated to include the latest version.

NB: On a side note I would like that publicly thank WolfForever for testing all of the levels for me, his feedback contributed strongly to helping me get the maps up to the quality I was hoping to achieve.