Review: Day Of The Chaingun 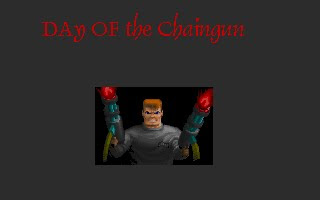 Initial impressions: Terrible, the entire first map uses the same wall, no decoration, is tiny and uses only 1 type of guard throughout. There is a ridiculous amount of health and ammo and the hand drawn sprites are just awful. The map is very basic and there is little to no challenge at all. 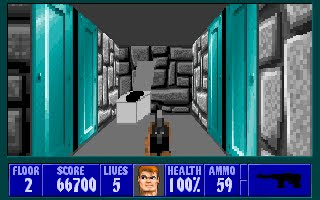 Gameplay: There is a little more challenge as the mod goes on but nothing to rave about. Only 2 types of guards are used in the entire mod and only two types of walls are used throughout the entire 6 levels, except for one new added wall, that is, well, completely out of place, only used once, and certainly has no connection with the mod, the storyline or anything to do with the mod really. 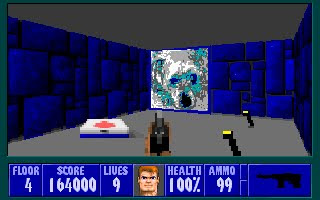 Mapping: Just plain awful. The creator has made little to no effort to make sure his maps are good or challenging in any way. Most rooms have no decoration and not a single light has been used in the entire mod. After Level 1 only the SS guard is used and there is either 1,2 or (generally) 0 in every room, which becomes highly predictable and doesn't make for a any type of challenge at all.
The maps are very small and easily to navigate, time is wasted opening multiple rooms on every level with just nothing in them. The creator had the Shareware set of sprites but hasn't used most of them, why not place a plant or anything rather then just leave all the rooms completely empty? 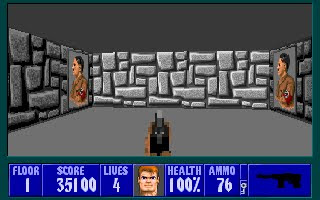 There is little treasure used, almost no secrets and massive amounts of health and ammo, way more than the player could ever use, unless they stood there shooting at the wall to use ammo up. There is heaps, unrealisticly, at the start of each level, just sitting there, out in the open... 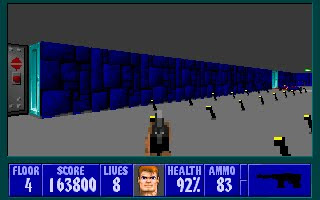 Likes: The only real thing to like is that the creator has actually made and released a mod (a few actually) which is more than some people can say. We've all seen a lot of people arrive at the forums, promise mods, fail to deliver and then disappear. No matter how bad in quality, this guy has at least seen something through to completion.

Dislikes: Pretty much everything. For me, most of all, is the seemingly complete lack of care for something that has taken time to make. I can never understand why people have made mods and released them knowing they are bad, rushed things and had things look terrible in them.
The hand drawn sprites are really poorly done and should never have been added to the mod, if you can't draw, use the originals or ask someone to help you. The quality of the hand drawn sprites in this reduce from the quality, not add to it. 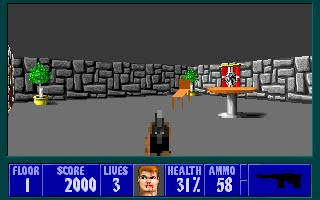 Wrap-up: An extremely disappointing mod that isn't one I can recommend to others, except as a what not to do when making a mod. The complete lack of care, no matter what the age of the creator, makes this an unsightly, and nearly unplayable mess.

Disclaimer: All reviews are only my opinion when playing the mod and are not intended to discredit anyone or the hard work they have put into creating their mod.
Posted by Dean at 9:56 am