Switch 17 is not your conventional type of mod, it doesn't have any new levels, no new walls, no new sprites, but what it does have is brand new weapons, and plenty of them! 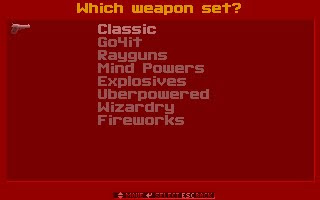 Released on Christmas Day of 2005 by Dugtrio17, Switch 17 is a weapons replacement pack for the original Wolfenstein 3d levels. What it is that has been done so well here is that the player doesn't just get 1 new set of weapons, but 8 that vary greatly in design and result!
You also get a couple of extra selection screens, one that lets you select the weapon types and one that offers either 'Normal' or 'Arcade' modes. There's still only 4 weapons in each set but playing around with each will give you very interesting results and not just the standard stuff you'd expect!

Here's a quick rundown and look at some of the weapons;

Classic: The original games weapons with new sounds and a couple of extras, if you play around with things a little bit!

G04it: From another Dugtrio17 project that contained rechargable weapons. Complete with powers bars that do different things and a rather unconvential way to top up your ammo! 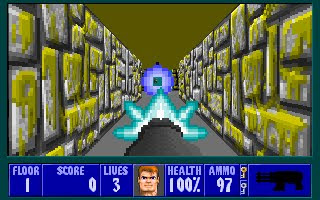 Rayguns: Future inspired plasma style weapons. The symbol on each represents a bit about what they do. Does the green one look like a skull? Hmmm, what could that mean... 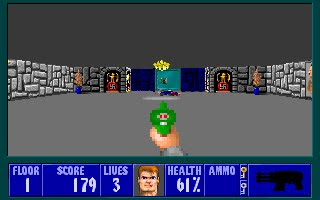 Mind Powers: By far the most different and interesting set, each weapon does very different things, you'll need to use them a fair bit at different times to work out all of what they do though. 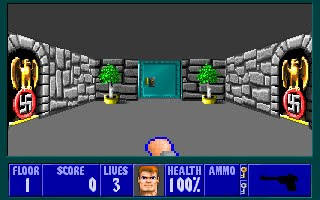 Explosives: Some real fun to be had here but be careful as these projectiles don't all go in a straight line away from you! You don't want to be anywhere near them when they explode. 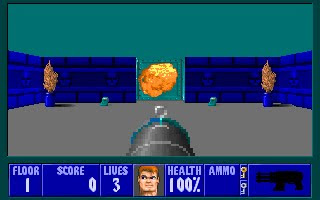 Uberpowered: Weapons with very different properties here, just remember that not all weapons can be used time and time again and not all weapons will leave you standing where you started! 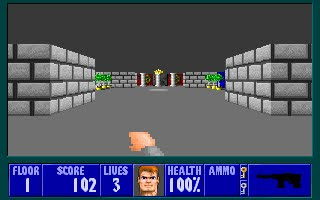 Wizardy: As stated by the creator, you'll probably never work out everything that all these weapons do. Even working out some of it takes some time but is well worth it in the end. 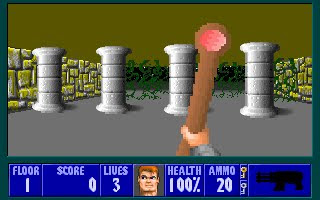 Fireworks: Some really cool stuff here, but maybe even further distance might be the safest bet... if you catch my drift... as I run away from you after firing... ;) 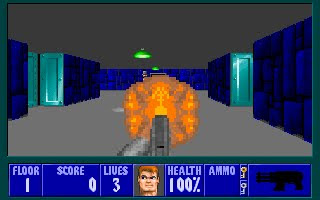 There's also a lot more to these weapon packs than just running around and having different weapons to shoot with, they all do very different things. Range, distance, damage radius, direction, sound, the inability to move while firing and quite a few other things have all been carefully crafted into the sets design. Just don't expect anything to behave exactly as you think it should, and genuinely be prepared for anything!

This also works with any Wolf 3d mod that has the original files as a base. Try it out with different sets as it really makes them into a whole new mod!

You can download the mod HERE. It is highly recommended that you read the 'READ.txt' file that comes with the set before jumping in as it might just give you a few clues about what some of the sets and weapons do.

Here's a link to a post at the DieHard Wolfers Forum that Chris Chokan made several years ago about what He discovered about each weapon set.

Here is a YouTube video that shows off some amazing looking stuff from some of the weapons that were to be in the 'as yet unreleased' sequel.

Look out for more parts of this 'Great mods you've (probably) never heard of' series coming in the future.
Posted by Dean at 2:19 pm