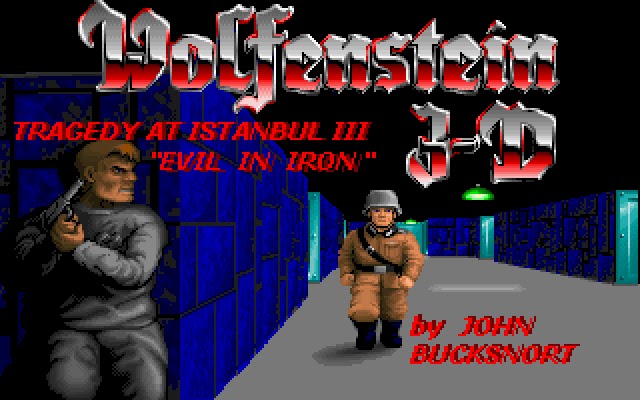 Initial impressions: The 3rd installment in the Tragedy At Istanbul series starts off much stronger than it's predecessor with quite a good challenging level, that is an improvement both visually, as John continues to include more new graphics into his set, as well as in gameplay where a more fluid and non predictable style of mapping is incorporated. John has returned to using his 'blue' theme, as seen in some of his earlier mods, which works quite well, and has also updated the statusbar a little from the first 2 releases in the series.
Again John hides keys and continues to predominately use the crown as the main source of treasure making it fairly easy to rack up the amount of extra lives you have with enough treasure in the first level alone to give 3 more. 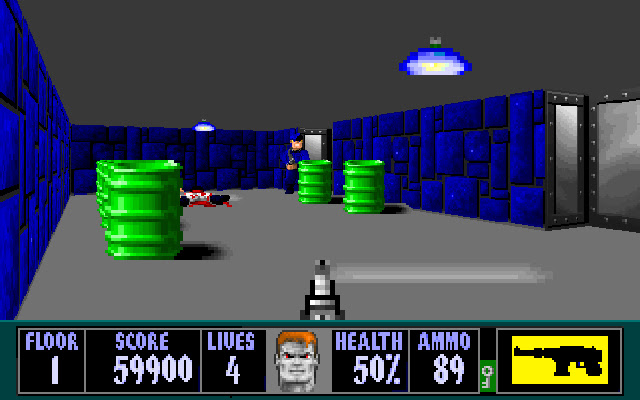 Gameplay: The gameplay certainly has plenty of John's recognisable traits in his mapping and level design, but in this has been done as well as any of his mods I've played through so far. John breaks out a little here, which actually benefits the mod. There are many things that make this a much improved effort; more creative, less linear mapping, larger sprite selection and usage, a better mix of guards and an increase of levels.
This set is faster paced that the previous and doesn't give the player as much resting time. However, there is again too many crowns, and too much health and ammo which does make things a little too easy.

Mapping: John breaks dome of his own rules here but not using both keys and not always having them hidden, which is actually a nice change up and makes the game both a little less tiresome (in having to endlessly search for secrets in order to proceed), plus can lead to a surprising end, when you would normally be expecting to have to find a second key before finishing the level.
The mapping is vastly improved over Part II as John uses a wider range of sprites in this release including use plants and the gun rack to great placement and effect. John decorates most levels to greater depth in this which makes the levels look fuller (A good thing!) as well as giving obstacles to help make progress just a little bit harder and not so straight forward. 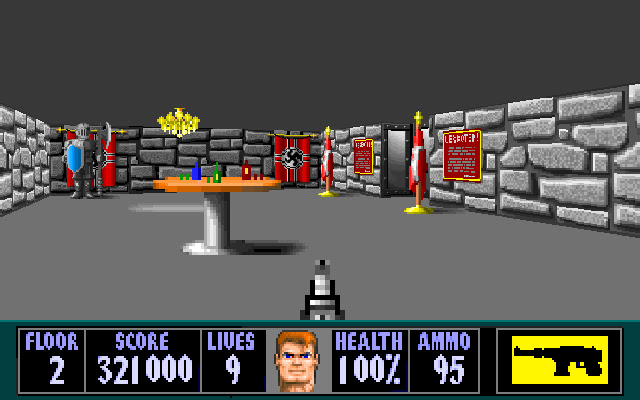 Likes: Many factors in this to like, The mapping is a vast improvement and is something John obviously improved at with the more mapping he did. His enemy challenges are more creatively set and a lot less predictable and the looks of the level have become more expansive and and more aesthetically pleasing.

Dislikes: Too many crowns, I passed the 1,000,000 point mark on the 4th or 5th level. I just wished John had either mixed the treasure types up a bit or at least made the crowns harder to find. In such a grungy looking tunnels type prison it just seems a bit strange to just find so many pretty, shiny gold crowns laying around everywhere!

Wrap-up: A much improved edition to the series over the previous installment and a nice challenging mod to play in it's own right. The mod, at 10 levels, is of a better length for John's mods I feel as the mod of this length can really explain it's own theme and give the creator a better chance to tell a story. 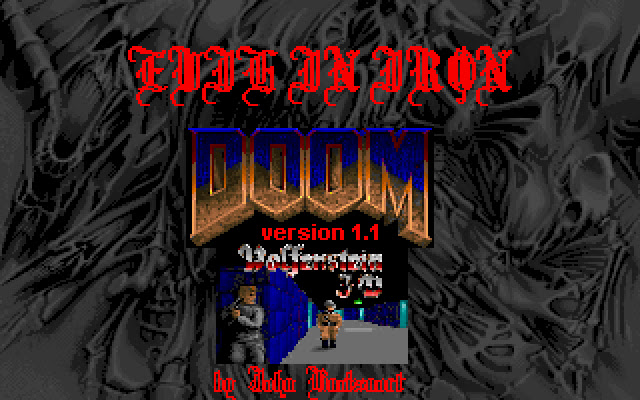 Wrap-up: This is an almost exact release as the earlier version of Evil In Doom except that John has changed all the graphics to Doom versions plus included a slightly changed statusbar. This was released about 5 months after the original release and is nothing more than a visual change to the original game. Everything else is exactly the same but it's basically just a differing visual journey of the same mod. Usually I find it a bit of a cheat when people do this but at least John has made some effort to make this look different, but ultimately in it's essence, it's just the same mod with different walls and sprites. Basically it's your choice as to which version you play but there's certainly no need to play both. 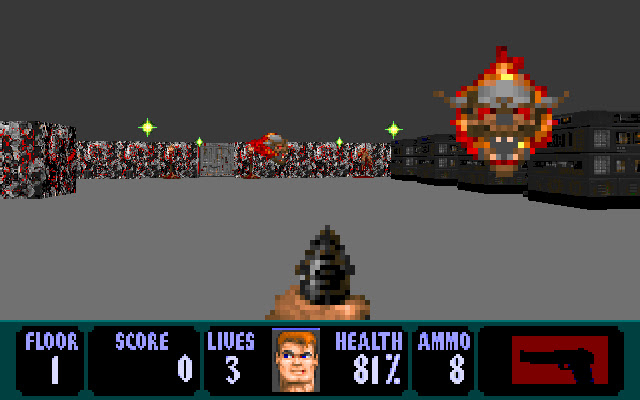 Disclaimer: All reviews are only my opinion when playing the mod and are not intended to discredit anyone or the hard work they have put into creating their mod.
Posted by Dean at 10:56 am