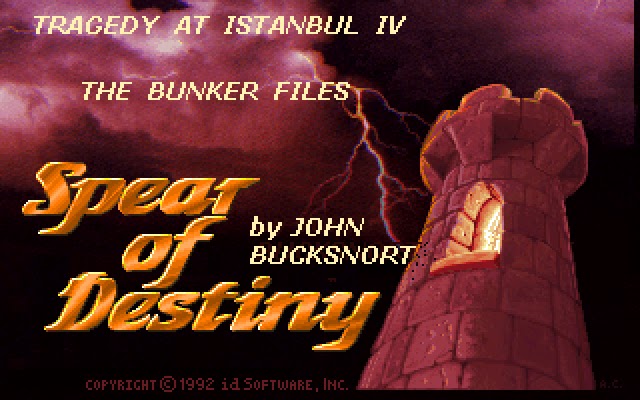 Initial impressions: Firstly, with a title like ' The Bunker Files', I'm a little confused as to why this is part of the 'Tragedy at Istanbul' series, especially when John has already released a mod title 'The Bunker'? Surely 'The Bunker files' was intended as an obvious sequel?
The first Level was made by Bobby and having never played through one of Bobby's levels before, it's easy to see where he gets his influence and style from. If I hadn't known Bobby had made it, I just would of thought that it was a better level from John. Bobby does follow his Grandfather's style of mutant battles in tightly packed areas as well as hiding keys plus way too many crowns but the level has a nice creative look about and plays very smoothly. I'll certainly be interested in playing some more of Bobby's levels after this. 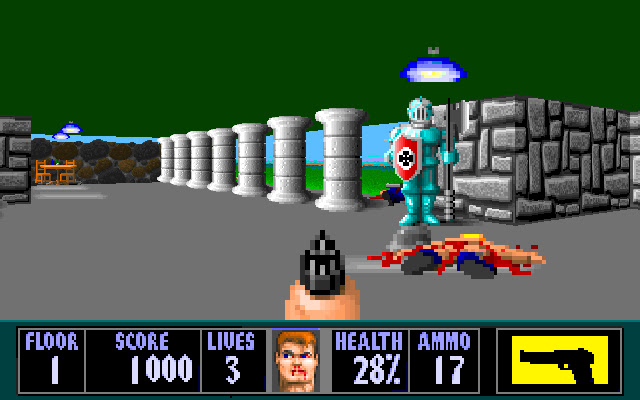 Gameplay: The gameplay is quite decent with more open style maps involved in this set along with the addition of maps by 2 others. The set works well with 7 levels that include a secret level, a double Spear of Destiny level plus a couple of Boss levels, so things are changing up constantly. In fact, this number of levels, done in this way, has actually worked best for John out of all of his sets to date. The levels are more open and less predictable and one thing that I did notice is that John has let his Doom influences creep more and more into his Wolf sets, this time with some additional walls used.

Mapping: The set includes the following; Level 1 by Bobby Bucksnort, Level 19 (Secret Level) by Brian Lowe, Levels 2-5 by John. Even though there are maps by 3 different people they do all work together as the added map makers have obviously mapped to John's style of levels on purpose. Again there are moments where there are hidden keys and secrets needed to be able to continue onwards but they aren't in ever level like they used to be. John has also reduced the number of Bosses in each level, as well as the prevalence of big mazey areas (which are almost non existent in this set thankfully!)
Bobby's level is a great opener to the set and one that makes me want to play more of his stuff but Brian's falls into a similar trait that he does in a lot of his levels, and that's to make the player backtrack through a large amount of the the level. I generally enjoy Brian's maps, but this is the one thing I've noticed that He does from time to time that I think could be used better. 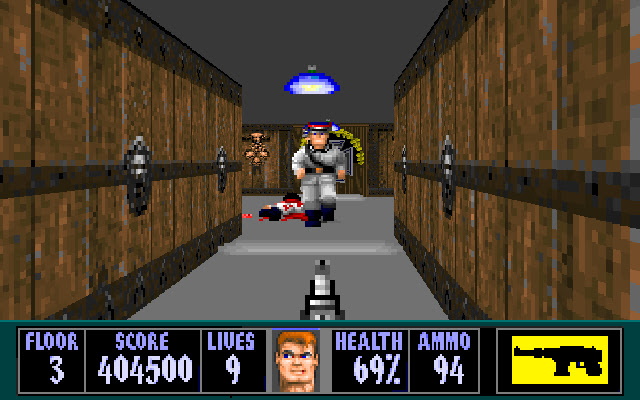 Likes: Bobby's level was really good and flowed nicely while still honouring John's mapping style. The addition of the levels from Brian and Bobby as well as using 1 secret level and the spear double level is a winning formula for John and one I hope to see in more upcoming mods from him.
The inclusion of the wooden Doom wall fits quite well although the skulls do seem a touch out of place in relation to this being a Nazi themed mod.

Dislikes: Unfortunately the penchant to overuse the crown treasure item too much for my liking was prevalent again in this set with both John (65 in one level) and Bobby (39 in one level) getting into the act - That's over 100 crowns in those 2 levels alone which equals 500,000 points! The player crosses the million point mark within only 6 levels. 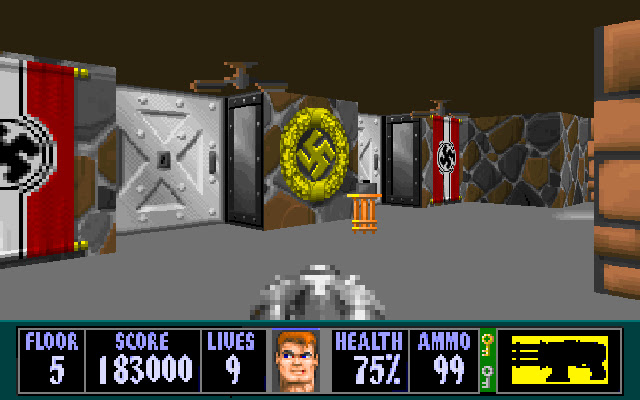 Wrap-up: Another well made installment in the series but the name did confuse me a little as to why it was a TaI installment and not a sequel to one of John's earlier mods. A nicely balanced and fun, not to long, mod to play that most would enjoy.

Disclaimer: All reviews are only my opinion when playing the mod and are not intended to discredit anyone or the hard work they have put into creating their mod.
Posted by Dean at 11:09 am