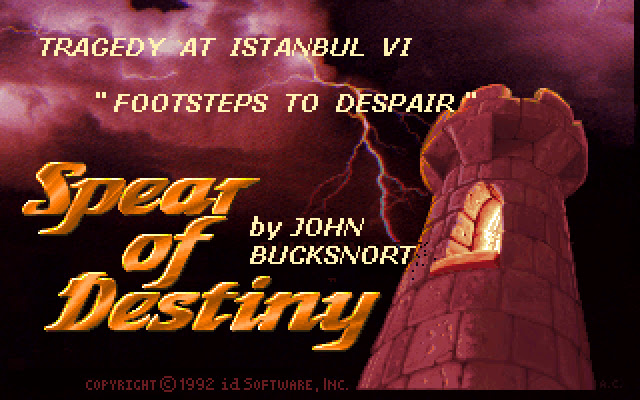 Initial impressions: This is the 6th and FINAL part in John's 'Tragedy at Istanbul' series. All 6 parts were made, mapped and released within 57 days of each other, quite an effort! This again uses John's modified black statusbar and Menu screens along with many of his familiar sprites along with some DOOM walls and sprites (especially the weapons).
This has one of the most difficult starts to a mod that I've ever played, I think I died about 10 times while making sure I got 100% kills. It's not the most difficult start to a mod, that honour easily goes to Dark_Wizzie's original version of 'This Spear', but still quite difficult, especially if you are a 100% of everything type player like I am.
John has again stayed true to his style by over using the crown treasure item, in fact there are 2 in the very first room of the mod, and has also made things quite tough for the player early on with a heavy use of guards, including SS, while the player is still trying to find their feet, as well as gather health and ammo with which to rebuild after the quite difficult beginning. 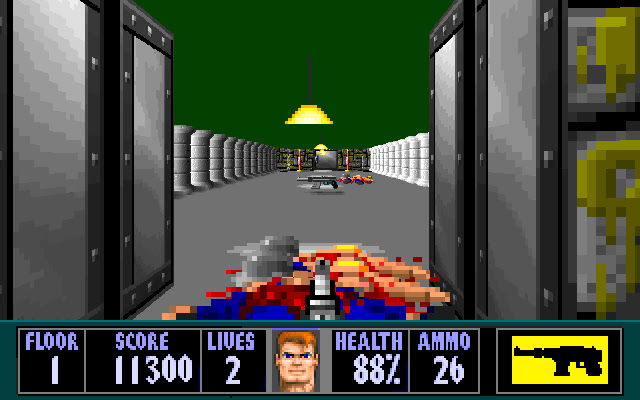 Gameplay: The gameplay is quite difficult as there are a high number of guards used in most levels. The player needs to take great care as there always seems to be another guard just lurking somewhere for a sneak attack. Simply, you will take damage, often, but it all comes down to how smartly you use the health and ammo lying around. I found I was quite often having to do a sweep of the level to find more health and ammo to top up with before jumping into the exit elevator.

Mapping: Level 2 is definitely one of the best laid out and mapped levels in the game, however I can't give it it's due credit because there are some major mapping mistakes in it also. The walls John uses are just all over the place and a lot simply just look wrong and plainly don't go together; 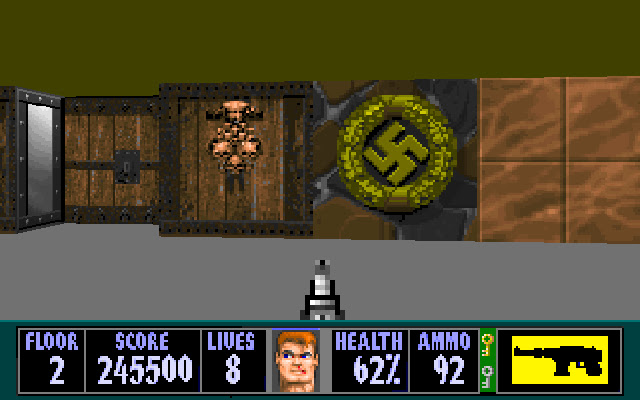 There are other errors like items you can't access due to sprite placement but worse of all, there are several rooms placed after the exit elevator meaning if you take the exit there and then, you miss a secret room, lots of health and treasure and even a Boss challenge! Yes a Boss challenge you don't need to fight! For some reason John gives you the Boss's key earlier on so there's simply no need to fight the Boss to end the level, why have the Boss in there then? Because this is one of those mods where there's a Boss on a lot of levels, just because...
John then does show the player, in Level 4, that he does know how to make a mazey type level that is fun to play and not just a winding catastrophe. This level is smartly laid out with a fluid path to follow, not just random passages laid all over the place. Overall the mapping in this is very good and has improved dramatically over the 6 parts of this series. 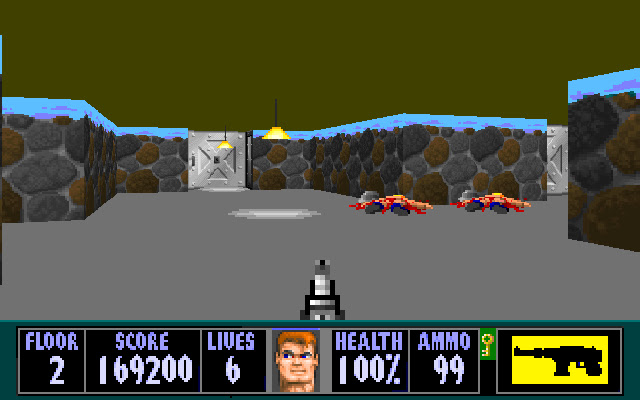 Likes: The levels are of a very good quality in this, although some of the wall usage is questionable, this is a good collection of decent levels unlike a lot of John's earlier sets where the levels were of varying quality. This makes the game of a higher level throughout and a much more enjoyable experience. Level 3 is the only real exception but 1 out of 9 isn't too bad really, it's hard to find any Wolf mod that hasn't got at least 1 average level.
I'm one that's not to good with music in levels so I've no idea if John has changed the order in this or not, but for some reason the music does seem to match the type of level you are playing which helps enhance the playing experience.

Dislikes: One thing I haven't mentioned before in any of John's reviews, but it has been bugging me, is the refusal to update Par times. Level 1 is still set at 1:30, which is just simply impossible to achieve. I know there are players out there who specifically try to finish levels, and indeed mods, as quickly as they can. Not taking the time, and extra effort, to update Par times can run the risk of reducing some of the enjoyment factor for some players and something that I would like to see more people include, not just in full blown TC's, but also in basic mapsets. I understand this really shouldn't affect how good a mod is, and it certainly doesn't affect any of my ratings, but for me, it's just something that makes a mod, of any quality, a bit more of a complete release. 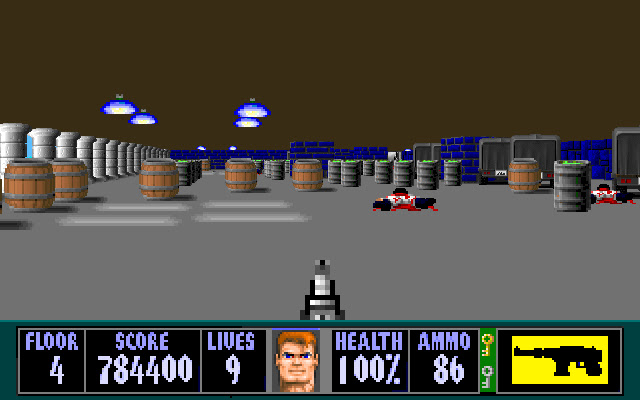 Wrap-up: For mine, probably the best of John's mods I've played so far and a great way to wrap up the 'Istanbul' series. If you're only going to play 1 of the mods in the series, I would strongly suggest playing this one. It's challenging to play but also a fair representation of the series and the design and creativity John has used throughout.