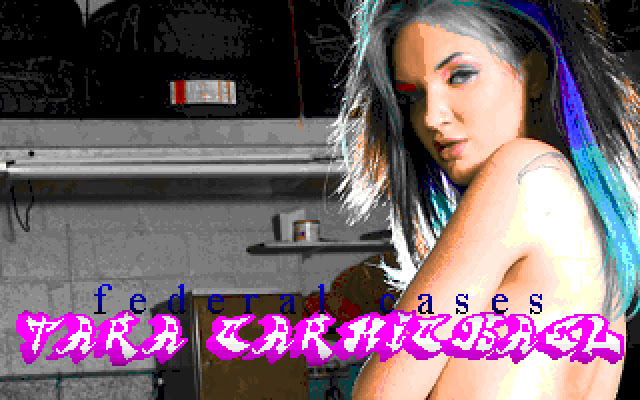 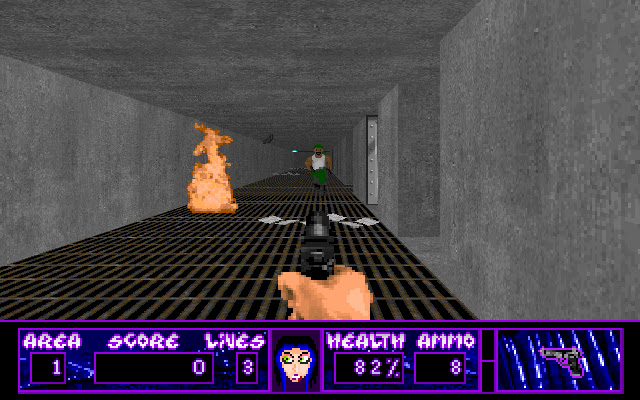 Initial impressions: Set in an urban type setting this is quite a good effort at fitting at least a perceived look of a desolate urban wasteland. There are a lot of additions and code changes that help make the mod have it's own look and style. The floors and ceilings have been really well selected and help the mod look and feel a lot more like the environment it's trying to set. Almost all Sprites, walls, guards and sounds have been replaced and all fit the mod nicely, it's clear to see the amount of work and effort put into this mod in trying to set the theme and look of it.
The mod progresses through several types of environments from streets, to sewers, to (?) Adult entertainment complexes, to garden areas and more. There is a liberal use of sprites, many by DoomJedi, used throughout the environments which gives each an original type of look. There are many interactive sprites as well used throughout such as breakable glass, destructible barrels that contain ammo and other items, damaging fire and steam vents and dancing ladies.
There are 5 different weapons, 4 of which can be used as double weapons, being able to be fired in both hands at once. The weapons are distinctly different and you often find yourself switching from one to another as you gauge the level of firepower required in each battle. The supposed 'big weapon', the Ak-47, is unfortunately not that strong and you'll find you get better results using the double Uzi's.
There are many health items available in the game also that have been created to fit the environments also. These range from bottles of alcohol, to energy drinks, to pie and even pizza slices! The enemies have been nicely done with the game also having several mini bosses included also. These are spread out throughout the game but I would have liked to have seen them used in greater frequency.

Gameplay: The gameplay is nicely challenging with heavy guard usage throughout. The guard placement is a little predictable but the mixture is done well although I would of like to have seen the mini Bosses used more than they were. There are quite a few main Bosses mixed throughout the mod and they are done nicely as you don't always know you are on a Boss level sometimes until you suddenly encounter one. The Boss health is a lot more then a standard Wolfenstein boss, which is a good thing, as the player does have multiple weapons to use and a lot more ammo!
The use of breakable glass and directional sprites such as fences and other types really makes the environment more interactive and accessible as they can sometimes lead to hidden areas full of goodies to help with your progress. They don't all need to be destroyed but the fences are a nice addition as they can often show you where hidden areas are to help one search. 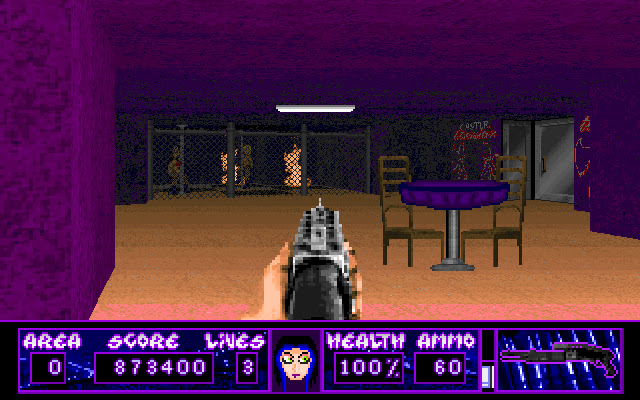 Mapping: The mapping is decent but not overly complex. Most of the best mapping has actually gone into the layout of secret areas with their designs far more creative than the standard areas. There are a good number of secret areas in each level and they are well worth finding with ample rewards in each. The mapping does serve it's function though and makes things nicely straight forward which in some mods is a blessing. There has been a good use of sprites and most areas are heavily but nicely decorated, something I like. There is a nice mix up of differing areas with plenty of both inside and outside areas.
There are some quite mazey areas that are a little annoying, especially levels 7 & 17 but there is always plenty to find in these areas to keep things a little more interesting. The textures used for walls floors and ceilings have been nicely selected although I would have preferred to have seen paralaxing skies implemented instead of a 'sky' texture.
There are 5 secret levels and these are all quite good, in fact better then most of the standard levels but they aren't just easy treasure collecting exercises. They contain plenty of rewards but also fit the storyline well and are usually a fairly good challenge in difficulty.
Things would be a fair bit harder for the player that doesn't search for secret areas as there are many and they are always chock full of ammo, health and treasure.
I particularly liked the levels with trains in them but having played through the mod I can see quite a few similarities to 'Operation Eisenfaust: Origins' and I suspect that the creator has drawn some influence from that mod. 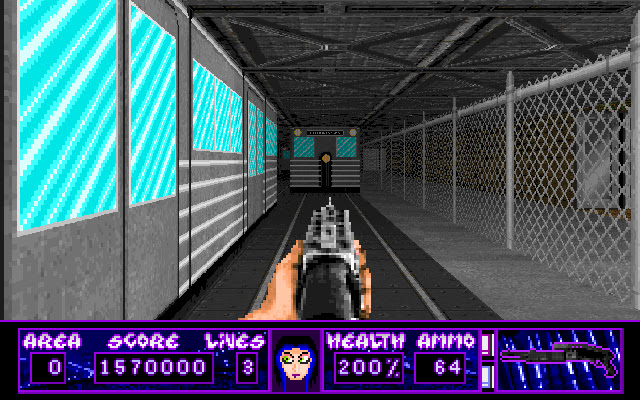 Likes: This mod has one of the better use of different weapon sets that I've played before. Usually when there are a lot of weapons in a mod I find I only end up using the same 2 or 3 through the majority of the mod but in this I found I was constantly changing to different weapons, using both singular and multiple options when required. There seems to be a slight imbalance in their power but they look and work well.
I felt that a lot of the smaller changes in this were quite well done including the onscreen messages that I found amusing and well done, as well as the animated sprites within the mod. The hidden 'Mad Wolf' item is a great idea but to be honest I pretty much forgot most of what the content was not longer after as it wasn't relating the mod I was currently playing.
I enjoyed the music included in the mod, being a fan or rap and R&B but the songs just became way too repetitve and I, unfortunately, ended up playing the second half of the mod with the music switched off.

Dislikes: The Sound effects seem a LOT louder than the music in this mod, so loud that I was forced to play most of the mod with the sound effects switched off, unfortunately there isn't a volume control, as I would of liked to have still had them, but they were just so sharp and loud that I was left with no other option but to play without them.
I really didn't like a lot of the fonts and writing used, especially that on the Title screen. I can understand the creator has tried to put across a Urban graffiti type look to match the style of the mod but for me it wass almost unreadable. Although I really like that there's a new status screen, the characters face looks rather comical and catoonish to me and I feel doesn't have the impact that it was intending to.
There are a few bugs still in the game that did become a little annoying, such as a missing key in one level that doesn't stop you finishing the level but does cause you to not be able to get 100% of everything. I also found that the ammo item would occasionally end the level and that sometimes I was able to cut corners and not follow the prescribed path with being able to walk through some cars when on fire. 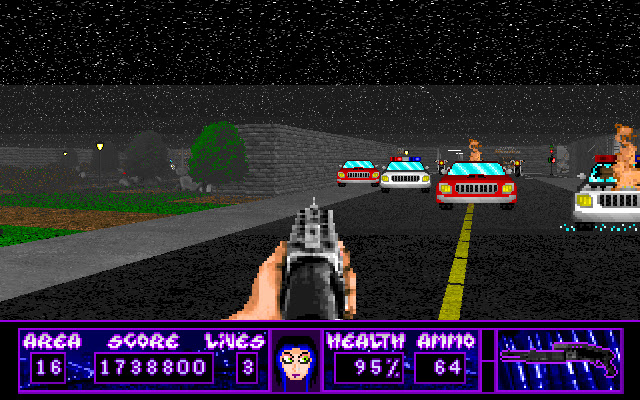 Ratings
Dean's Score: 8/10
Difficulty:
Best Level: 18
Worst Level: 7
Wrap-up: A very detailed and challenging mod that must have taken a lot of time to plan, design and create. It's easy to see that there has been a lot of work put into the mod which helps to create a really unique environment. The levels are large and take quite an effort to find 100% in each, but overall it is quite an enjoyable experience to play through, and one I can recommend.

Disclaimer: All reviews are only my opinion when playing the mod and are not intended to discredit anyone or the hard work they have put into creating their mod.
Posted by Dean at 1:23 pm