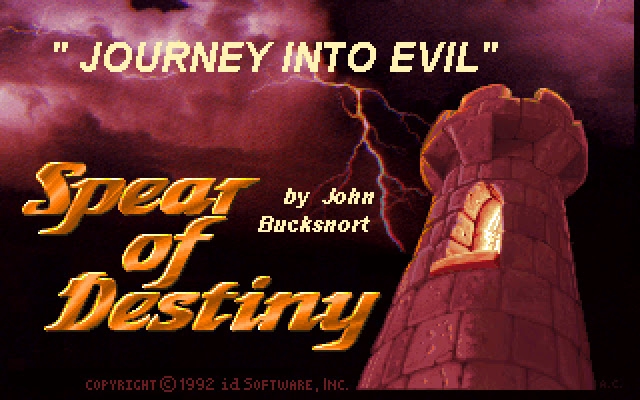 Initial impressions: Originally released as Journey TO Evil, this is actually the 3rd and Final part of John's 'Wastelands' Trilogy, although there's no mention of it being connected to the other 2 on the title screen. John made and released all 3 parts in just 14 days with what looks to be the same base EXE. Although made over a short time frame these have certainly been better than the 'Tragedy at Istanbul' series.
This has quite a difficult beginning where I was killed multiple times. What eventually worked for me was to just run out of the main starting room, attempting to pick up as much ammo and health (you'll already be needing it!) as you can, then get yourself into a defensive position with which to pick off the ensuing mass. The mod looks nice, as nice as parts 1 & 2 and the sounds again are quite good. 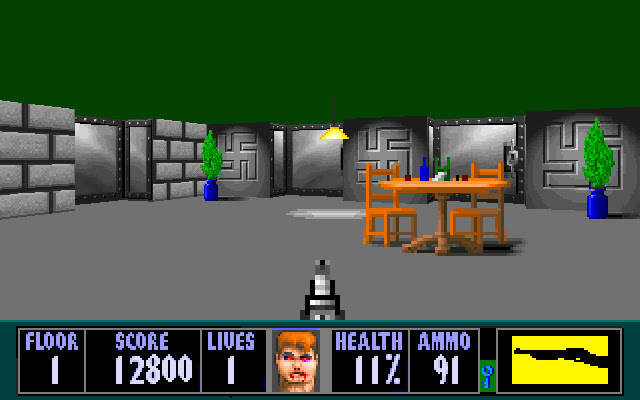 Gameplay: The gameplay is quite frenetic as John has used a large number of guards in every room. You can always expect at least one SS and a few guards in every room. There are many mutants mixed in throughout and these can be quite deadly, especially when they stack up with SS firing at you at the same time. John has cut down on the amount of health items in this mod so preservation is something you'll need to be more careful with than normal although there does seem to be an excess of ammo. John has returned to his large treasure caches of crowns with one secret area alone that gives you a few hundred thousand points alone!

Mapping: The mapping is quite good, especially the room decorations and further reduction in unnecessary rooms. Most rooms have a reason to be there, unlike in a lot of John's earlier mods but what I especially like in this mod is that John has given the player multiple paths in most levels. With John's mods this adds a nice improvement as usually it's follow the one path, stand at door fire a shot then kill all guards as they come to you. Having multiple access points gives that extra element of surprise and makes the player play more carefully throughout.
There are several Bosses through out the mod and what makes them difficult is that John doesn't give you the Chaingun before any of these fights, in fact he doesn't give you the Chaingun at all in this mod! There are 5 standard levels, a secret level plus the Angel of Death level. If you look in a map editor though there is a full new map in Spot 6 as well. 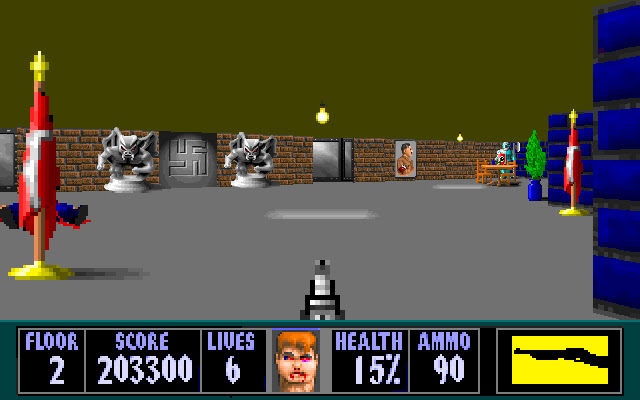 Likes: The mapping in this is great, the levels are nicely decorated and the mod is a really good challenge throughout. The consistent level that John has produced, besides the fact that he released all 3 Wastelands mods within 14 days of each other, has been of a very high standard with enough similarities to make these mods kind of connected but also with enough differences to see each of them stand on their own.
John has used a lot less secret pushwalls in this mod, there always seems to be something he does slightly differently in each mod, which does make things a little more difficult, but this isn't necessarily a bad thing.

Dislikes: There's a mapping trick used on Level 5 that unfortunately doesn't always work. John has placed the silver key behind what seems to be an inaccessible path. Unfortunately if you aren't aware of this trick then you just simply won't be able to proceed without knowing what to do here. I can STRONGLY recommend that you make a save game as soon as you arrive on Level 5 as it may take you a few goes to either, achieve what you need to be able to get the key or repeated efforts of trial and error working out what to do. 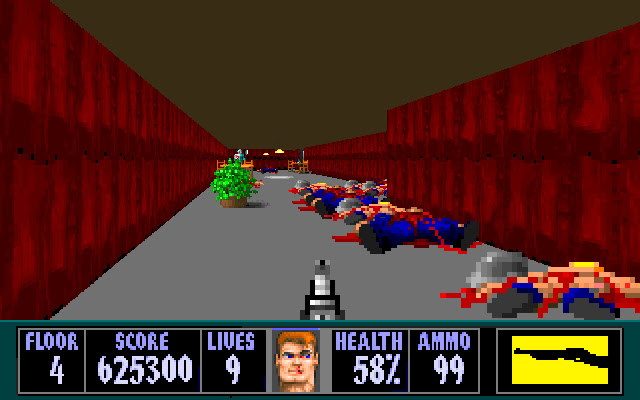 Wrap-up: Another very enjoyable mod from John that sees the end of the Wastelands trilogy. These 3 mods have been the best of John's series' of mods with his most famous The Mutantstein series, still to come. This is another recommended mod that will be a nice challenge as well as be enjoyable to play.

Disclaimer: All reviews are only my opinion when playing the mod and are not intended to discredit anyone or the hard work they have put into creating their mod.
Posted by Dean at 12:41 am