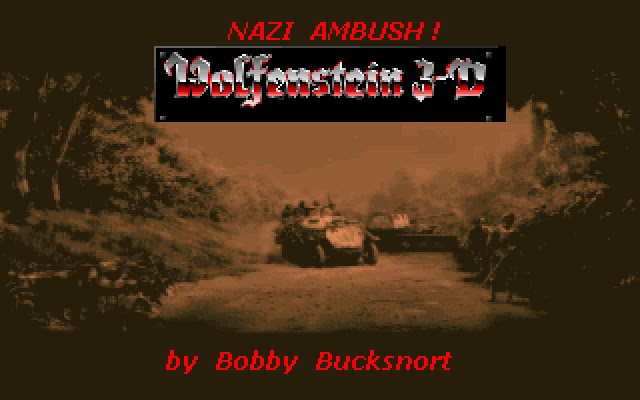 Initial impressions: This is Bobby's 2nd official release, with this release following Bobby's June 2000 release of a 2 level SoD Demo titled 'Death Castle'. This has a distinct 'Bucksnort' look about it and it's fairly easy to see John's influence on the sprite and wall sets that Bobby has used. What's also somewhat familiar is the mapping with Bobby clearly influenced by John's mapping style. This is a good thing but what's also great is that there's enough in this to show Bobby using his own ideas and designs. 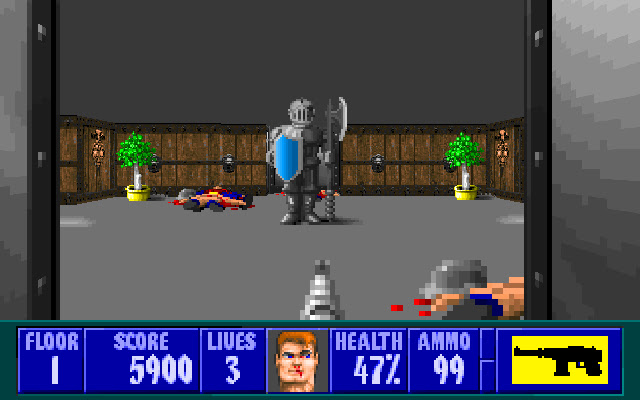 Gameplay: The gameplay is nicely paced with a decent amount of guards in each room that you have to clear before getting a chance to explore and collect any health, treasure or ammo. The levels progress along nicely with a nice mixture of walls and sprites used however the level size changes dramatically half way through. The first 2 levels are of a good size with plenty to explore while the latter 2 are rather small and quite easy to navigate and complete quickly.

Mapping: Bobby's mapping does have elements of John's style in it but for mine is actually more of the style I like to play as it isn't quite so mazey with tight closed in areas all the time. I found the Bobby balanced his health and ammo usage differently than John does a fair bit of the time, where John usually has either too much or too little on each level, Bobby has either a good level of health on a level or almost none at all. There is a consistent amount of ammo throughout the levels, although the player still needs to be careful to some degree. This isn't always a bad thing and can make for more careful gameplay as you never know when the next bit of health will become available, although I think there should at least be a little bit of health on each level, even if it's hidden in a secret.
Bobby has used secret areas in a similar fashion to John, whereby they only contain good sized treasure caches and very rarely health or ammo. Thankfully, they aren't just always full of huge  numbers of crowns like John does. 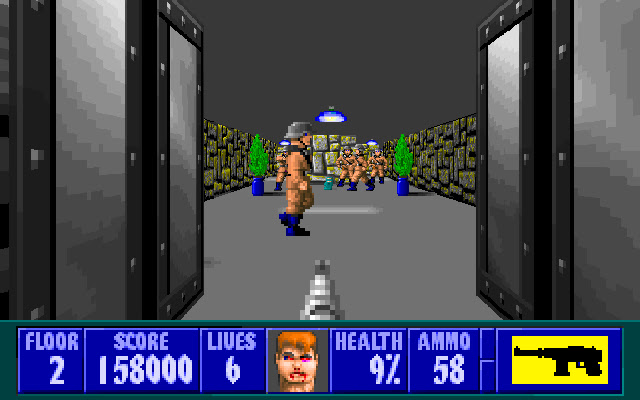 Likes: The consistency in gameplay is quite appealing and the mods length, although only 4 levels still has enough challenges to keep the player entertained and adequately challenged.
The player doesn't get the Chaingun until the last level, which isn't really a bad thing as experienced players would be able to progress this far into the game without the need for it.

Dislikes: Bobby has made some basic mapping errors including a secret area with nothing it in and guards placed in walls, they seem accidental and not on purpose as some type of hollow wall trick.
I would have liked some more ammo on the last level, it made it quite difficult to kill the final boss without the usual hidden stockpile that accompanies most traditional Boss battles, plus I'm always a big believer in rewarding the player with some treasure. A 1up somewhere in the mod would have been nice also. 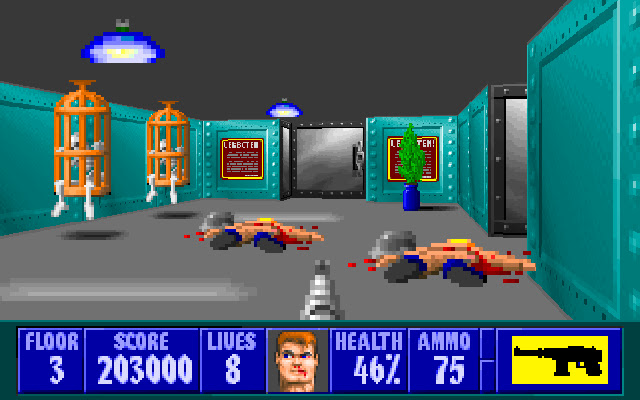 Wrap-up: Not a bad effort from Bobby with some minor mapping blemishes but some overall entertaining gameplay, decent mapping and a enough to keep you challenged throughout. I finished the whole mod in under 30 minutes so if you have a spare half an hour, you could do worse than have a play through this.

Disclaimer: All reviews are only my opinion when playing the mod and are not intended to discredit anyone or the hard work they have put into creating their mod.
Posted by Dean at 2:24 pm