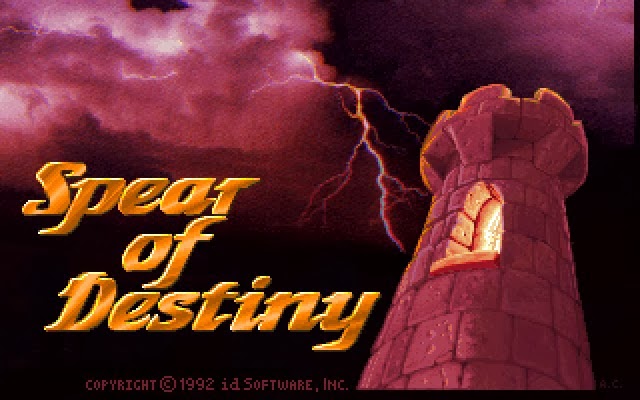 Initial impressions: Most levels are fairly small and most rooms are fairly sparsely decorated, in fact several rooms could be removed completely to streamline the game without any real change in quality. This is obviously an early effort by the creator but I'll always applaud people who actually see through the process and complete mods and release them. This gives experience and endeavour to work on your mapping and level design as wells as opens you up for feedback, which when taken constructively, can only help to improve your skills. 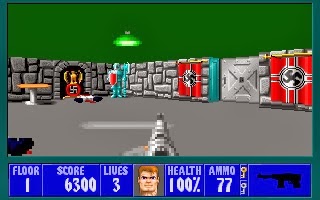 Gameplay: The gameplay is fairly straight forward and easy going with little guards (Level 2 has the most with only 30!) and very easy to follow level designs. There is enough ammo and health so that you won't really be challenged and playing the whole mod shouldn't take much time, except for having to look for the must find secrets containing hidden keys required to progress. Thankfully most secrets aren't that hard to find as the levels are relatively small.

Mapping: The mapping is fairly basic to be honest, straight forward rooms with little decoration. From what I can find, this is Valts' first release but from playing later mods of his I can see that this was a great learning experience for him. There's no better way to improve your mapping than to just keep making maps as well as look at others maps to see what they've done and how they've made things work. There is some nice usage of walls throughout rather than just one consistent wall like most people do in their first mods but the guard placements are sparse and fairly predictable. 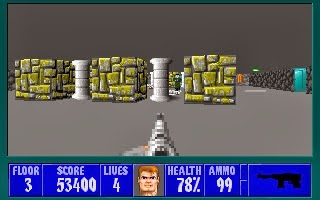 Likes: The mod is small and easy to play through. There is enough variance in wall designs used as well as guards to mix things up a bit and I can't say I was really bored whilst playing it, I wasn't challenged either but at least I wasn't bored like I have been while playing through some mods I've reviewed.
You can see that with more mapping and development there is certainly plenty of possibilities that the mapper will continue to improve his skills and release bigger and better mods.

Dislikes: Hidden keys are required to finish the level, or even progress at all usually. The secrets aren't hard to find but if you are one of those players who don't normally search for many secrets, or only try for the odd one when short on health or ammo, then you'll be forced to here to finish the levels. This is not something I enjoy and feel that the player can still make keys hard to find and difficult to retrieve through clever mapping rather than hiding them behind secret walls. The problem here also is that the secrets and then the keys, just aren't well protected. If you have a secret hidden key, at least put some guards in the secret area to protect it and make it's retrieval at least a little difficult.
The usage of lighting is quite poorly done with many large areas, especially secrets, with no lighting and often large open areas (11x15 and greater) with only one central ceiling light. When sprites are used lightly and you aren't anywhere near your allowed sprite limits, what's it going to hurt to throw in a few more lights for realism?

Wrap-up: Not the greatest mod I've played but also far from the worst. This wasn't really challenging, hence the score but there's plenty of potential here, and as I always say to all those procrastinators who never release anything but sit back and judge, at least this guy saw something through and released his work, which I'll always give credit for.

Disclaimer: All reviews are only my opinion when playing the mod and are not intended to discredit anyone or the hard work they have put into creating their mod.
Posted by Dean at 11:00 am