Two new big releases were made on Christmas day 2012 that I had some involvement in that are great sets and really worth playing. 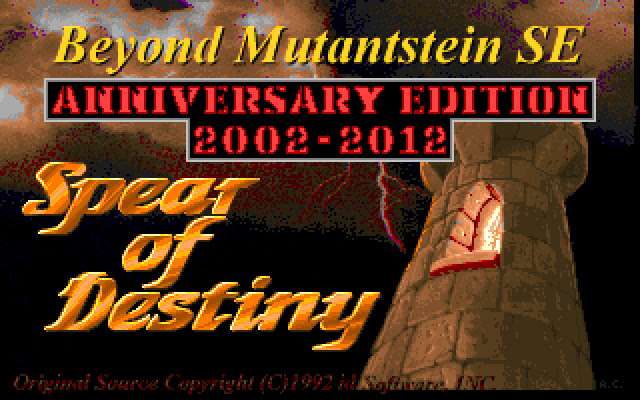 The 10th Anniversary Edition of the John Bucksnort tribute set has been released and contains 19 new levels from 18 contributors including many of the original sets mappers.These are all of great quality and all contain a mutant theme in honour of John and his modifications. This is in full SDL which gave the mappers greater volume of items and enemies to use contributing to more detailed and creative levels.
I made 1 level for this (Level 14) along with many others such AReyeP, WSJ, Ack, Thomas, Arielus, RonWolf and many others. A 6 level set with all new levels by RonWolf and DoomJedi, with his first ever released mapping work, has been released to accompany the set released a couple of months ago. The levels are all individually standing and non connecting with each containing a snow theme.
As I mapped a fair few levels for the original release I made a level for this but just missed the Xmas deadline, who knows, maybe it'll appear at another time? ;)